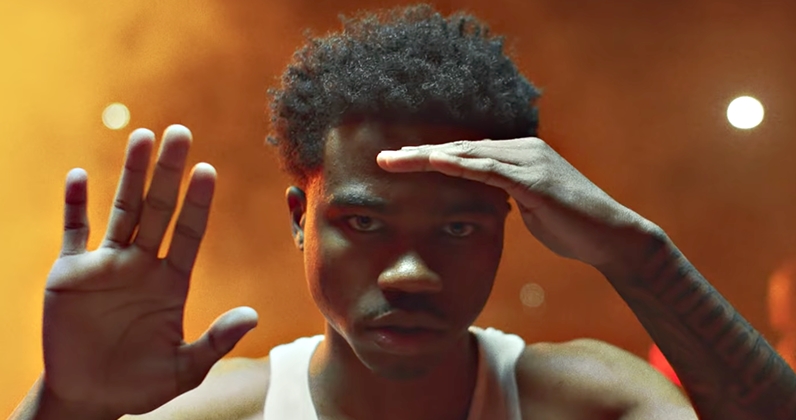 Going viral online can't be predicted, or forced – usually, it just happens. Tastes change fast and trends move on, but catch the moment at the right time and you could have a hit on your hands.

The surge in popularity of social video-sharing platform TikTok has helped tracks that may otherwise have gone under the radar get attention, and fast. And because we can access music any time we like on streaming services, those tunes are having an impact on the Official Chart.

Roddy Ricch's The Box is the latest song to get a boost thanks to TikTok, topping the Billboard Hot 100 in the US and making big gains in the UK. We look at Roddy's journey and a selection of other songs that, whether they planned it or not, managed to turn their online success into chart magic.

Californian rapper Roddy Ricch was the big success story at the end of 2016 when his album Please Excuse Me for Being Antisocial topped the US Billboard 200 album chart, but his viral hit, The Box, wasn't actually supposed to be an official single. TikTok users don't need a single campaign to make a song a smash, and soon The Box was all over the app. It's thanks in part to the Roddy Ricch dance challenge, where hundreds and thousands of users have now filmed themselves showing their moves, plus the song has soundtracked comedy skits making fun of the distinctive squeaking sound, and countless parodies. And now, The Box has gone Top 10 in the UK, and Roddy's album is climbing too. Basically: the song is everywhere. Everywhere!

Want a viral hit? Get yourself a dance challenge! US rapper Arizona Zervas found himself rapidly climbing the charts on both sides of the Atlantic with Roxanne, despite not being signed to any record label. Sure enough, it was a TikTok dance challenge behind the track's ascent and it wasn't long before record companies came knocking. Arizona signed with Columbia and, in early 2020, Roxanne climbed into the Top 5.

One of 2019's biggest viral smashes came thanks to rapper Lil Nas X. Number 1 hit Old Town Road got its viral wings thanks to – you've guessed it – a good old challenge. The #yeehaw challenge saw people filming themselves on TikTok  transforming into cowboys and cowgirls after drinking a bottle of 'yee juice'. A remix featuring country legend Billy Ray Cyrus, and some controversy about the song's genre on the US chart helped send things stratospheric, and Lil Nas X became TikTok's first breakthrough star. Old Town Road was the second biggest song of 2019 in the UK, spending two weeks at Number 1 and logging 1.75m combined sales.

Originally released in 2018, Falling became the Texan singer-songwriter's breakthrough it thanks to… yes! TikTok! Its theme of getting over heartbreak struck a chord with scores of users who used the song to soundtrack their own post-breakup videos and it was one of the most popular tracks on TikTok in 2019. Falling went Top 20 in the UK at the start of 2020.

There'd been internet-led chart smashes before, but K-pop sensation Psy blew everyone else out of the water in 2012 when his dance craze Gangnam Style went viral. Although he was new to many in the UK, Psy was actually on his sixth album in his homeland of South Korea when worldwide stardom came calling. Thanks to its, um, hypnotic video and the fact that even Barack Obama having a go at the dance, Gangnam Style shot to Number 1 in September 2012. The official video has over 3.4 billion views on YouTube. Might as well add another one to the tally and watch it again, eh?

Back in summer 2018, Drake found himself at the centre of a new dance craze when the In My Feelings challenge was kicked off by Instagram comedian Shiggy who posted a video of himself dancing in the street - or 'doing the shiggy', as he called it – to the tune. Within two weeks, half a million clips of people copying the challenge were posted on Instagram, including celebrities such as Will Smith, Kevin Hart and Ciara, and the song went to Number 1, staying there for four weeks! Drake certainly has a knack for viral videos – God's Plan and Hotline Bling are another couple of smashes given a helping hand by a meme-able video.

Remember this one? In 2013 – this feels like generations ago – New York DJ Baauer had an unexpected hit on his hands when his song Harlem Shake became the theme tune to a hugely popular meme. There was no official video to this song, and no huge promotional push, it just kind of… happened. Soon, thousands of people worldwide were uploading short videos of themselves wigging out to a small section of the Harlem Shake track, which peaked at Number 3 in February 2013.

Remember that craze at the end of 2016 when all you had to do get involved was stand still in the vicinity of someone filming on their phone – so long as your game of musical statues was soundtracked by Rae Sremmurd's Black Beatles (and you left the music playing). The mannequin challenge went so mainstream, even a live episode of The X Factor stopped in its tracks to do one of its own, during a performance by controversial contestant Honey G – let's just say we were glad of the break. All this was great news for Rae Sremmurd (Ear Drummers backwards), and featured artist Gucci Mane, who ended up with a Number 2 hit out of it!

Remember that annoying little animation who not only let it all hang out but also had a sideline in ringtones? Yes, Crazy Frog may well pre-date the viral internet boom but he was a sensation thanks to his ringtone ads appearing what seemed like every three seconds on music television back in the noughties. Sadly, the "Hey girl, you better check your texts" message alert was never made into a Number 1 single, but Crazy Frog's unforgettable scat/yodel hybrid was mixed with '80s synth track Axel F and topped the chart! And that wasn't all: Crazy Frog had a further four Top 40 hits! Seriously!

There was no escaping this super-catchy, but mercilessly short, song from Korean YouTube cartoon Pinkfong. As fans around the world tried out the Baby Shark dance craze – the moves were pretty simple, thankfully – the video amassed billions of views, becoming one of the most-viewed YouTube videos ever. In January 2019, the song peaked at Number 6; it spent 25 weeks in the Top 40.

Before they were doyens of polished pop and having Number 1 hits with the likes of Halsey, New York duo Drew and Alex had a very different beginning. They shot to fame with their viral hit #SELFIE, a zeitgeisty – then, at least – critical take on the trend for taking a pic of yourself. The novelty track led to their Soundcloud blowing up before "check out my Soundcloud" was even a thing under viral tweets, but it also kicked off nine Top 40 hits, including that 2016 chart-topper, Closer.