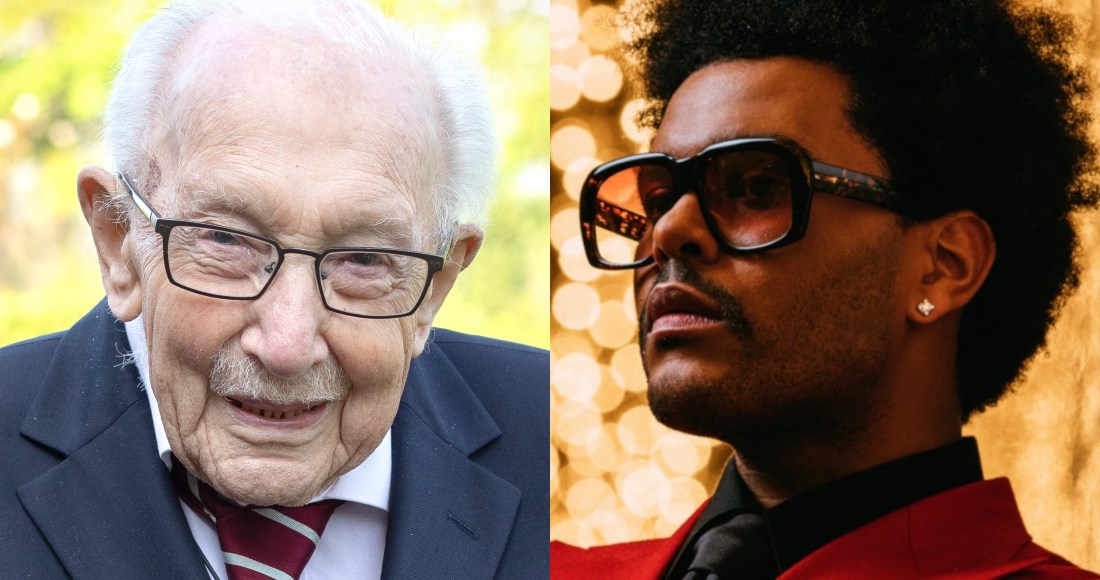 The chart battle between war veteran Captain Tom Moore and The Weeknd takes another shocking plot twist this evening as the Canadian popstar endorses his rival for Number 1.

The Weeknd has attempted to self-sabotage his chances of being Number 1 on the Official Singles Chart for a ninth week with Blinding Lights in favour of supporting his 99-year-old chart rival.

everyone in the UK please support @captaintommoore / @mrmichaelball single so this incredible 99 yr old war veteran, walking for the British National Health Service @NHSuk & now raised $35 Million can have a No 1 for his 100th birthday in the UK!We’re routing for you. XO! pic.twitter.com/P788bggQRn

Captain Tom has joined forces with Michael Ball and the NHS Voices of Care Choir for a new take on Gerry & The Pacemakers’ classic You'll Never Walk Alone. The song was chosen after Tom captured the nation's hearts walking lengths in his back garden, which has seen him raise £28 million for the NHS. Click here to donate to Captain Tom's cause.

Earlier today, the latest Official Charts Company data revealed that it was looking likely that The Weeknd would overtake and capture the top spot at the last minute, denying the incredible fundraiser a Number 1 on the week of his 100th birthday, but is the tide about to turn after the Canadian's last minute endorsement of his closest competition?

The cut-off for sales and streams to count towards this week’s chart is midnight Thursday. The final Official Chart Top 40 will be unveiled on BBC Radio 1’s Official Chart with Scott Mills this Friday from 4pm, with the full Official Singles Chart Top 100 published on OfficialCharts.com from 5.45pm.