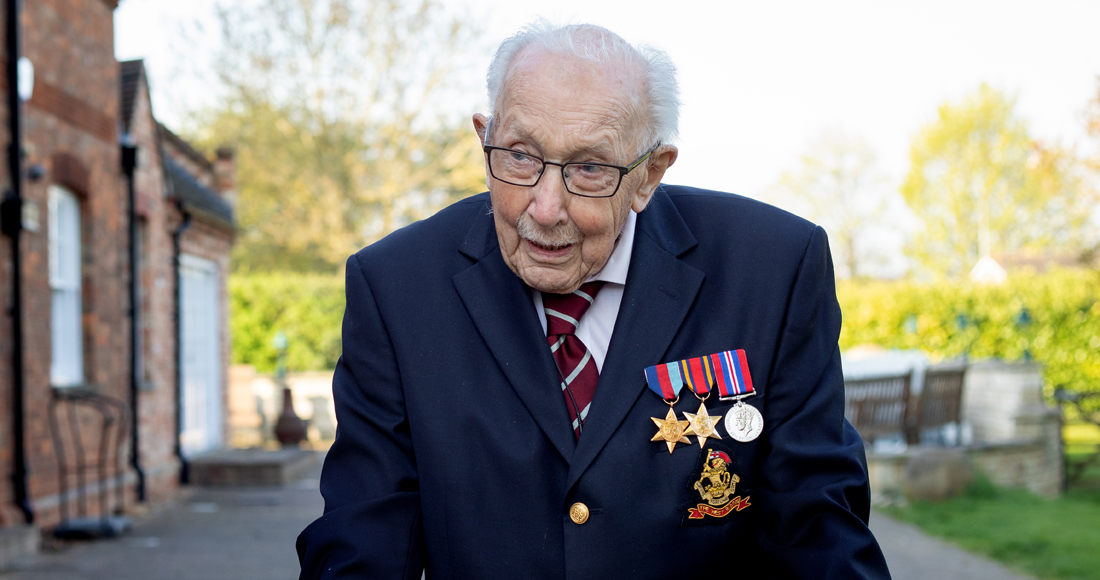 Captain Tom Moore's race for Number 1 looks to be going right down to the wire as The Weeknd’s Blinding Lights is forecast to overtake the 99 year-old war veteran during the course of today, according to the Official Charts Company.

Downloads of  You'll Never Walk Alone, Captain Tom’s duet with Michael Ball and The NHS Voices of Care Choir in aid of NHS Charities Together, have slowed down across the week, allowing The Weeknd's Blinding Lights to quickly catch up. While Captain Tom leads on this morning’s latest Official Charts sales flash, just a few thousand chart sales now separate the two songs.

The Weeknd’s reigning chart topper is proving a major powerhouse on streaming services, and with more streaming data to be added in at the end of the week, the Official Charts Company forecast this will tip the lead in favour of The Weeknd during the course of today. At this late stage of the week a Number 1 single is looking less likely for Captain Tom by the time tomorrow’s chart is published.

Downloads of You'll Never Walk Alone would need to accelerate significantly throughout today if it is still to be in with a chance of securing Number 1 on the Official Singles Chart for the 99 year-old war veteran’s 100th birthday.

The cut-off for sales and streams to count towards this week’s chart is midnight tonight. The final Official Chart Top 40 will be unveiled on BBC Radio 1’s Official Chart with Scott Mills this Friday from 4pm, with the full Official Singles Chart Top 100 published on OfficialCharts.com from 5.45pm.