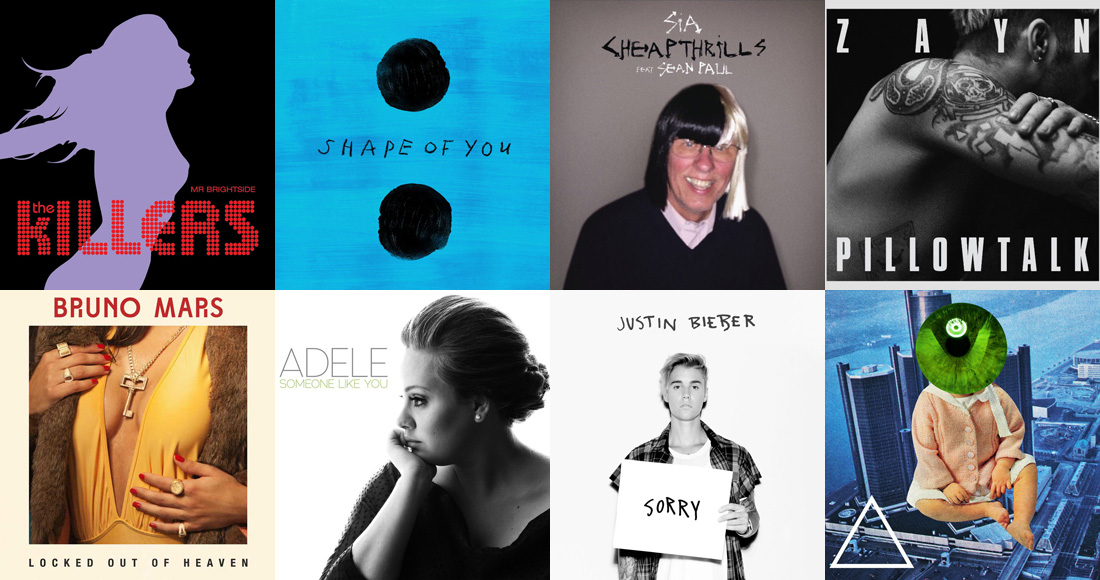 Reaching one million sales of a single in the UK is one of the greatest and rarest pop music milestones; and for the first time the Official Charts Company is redefining the established milestone to include streams.

This major change in chart history means the exclusive UK ‘Million Sellers Club’ opens its doors to showcase the mega hits coming through in the 21st Century - a selection of which are featured on a newly announced album Now That’s What I Call a Million.

The compilation, released on October 13, showcases a selection of the “millionaires” of our time in a new way, with streams and sales combined, shining a spotlight on the huge smash hits occurring in this truly unique period in history, where there have never been so many ways to access our favourite music.

Hitting a million sales has long been a highly sought-after landmark; only 169 tracks from some of the greatest musical artists of all time such as The Beatles, Elton John and Queen have achieved this marker in terms of pure sales in the 65-year history of the Official Chart. But with music consumption constantly evolving, and streaming now a dominant force in the singles market, so must the traditional Million Sellers hall of fame modernise in tandem.

The updated milestone enables the industry to continue drawing a parallel between the hit singles of today with the historic successes of the past, and welcomes the cream of today’s artists to this exclusive club, which under the new sales and streams formula expands to just over 300 songs.

The Killers' 2004 hit Mr Brightside, which opens the compilation, perfectly embodies this new era of modern musical millionaires. Originally released in 2004 to moderate chart success, The Killers’ Mr Brightside has seen its popularity soar extraordinarily in the digital age.

Through the explosion of downloading in the mid-noughties and the coming of age of streaming in recent years – Mr Brightside has steadily gone on to become a genuine modern classic that continues to be discovered by subsequent generations of music fans. The ever-popular indie anthem still enjoys a constant presence on the Official Singles Chart more than a decade after its release, so far racking up 182 weeks on chart across its lifetime, 30 of those in 2017 alone.

Six tracks on the updated 'millionaires' list were released in 2017, including Ed Sheeran's Shape Of You, Clean Bandit's Symphony ft. Zara Larsson and Rag'n'Bone Man's Human. According to Official Charts Company data, in the last year alone 98m singles have been sold in the UK and music fans have generated an extraordinary 44 BILLION audio streams.