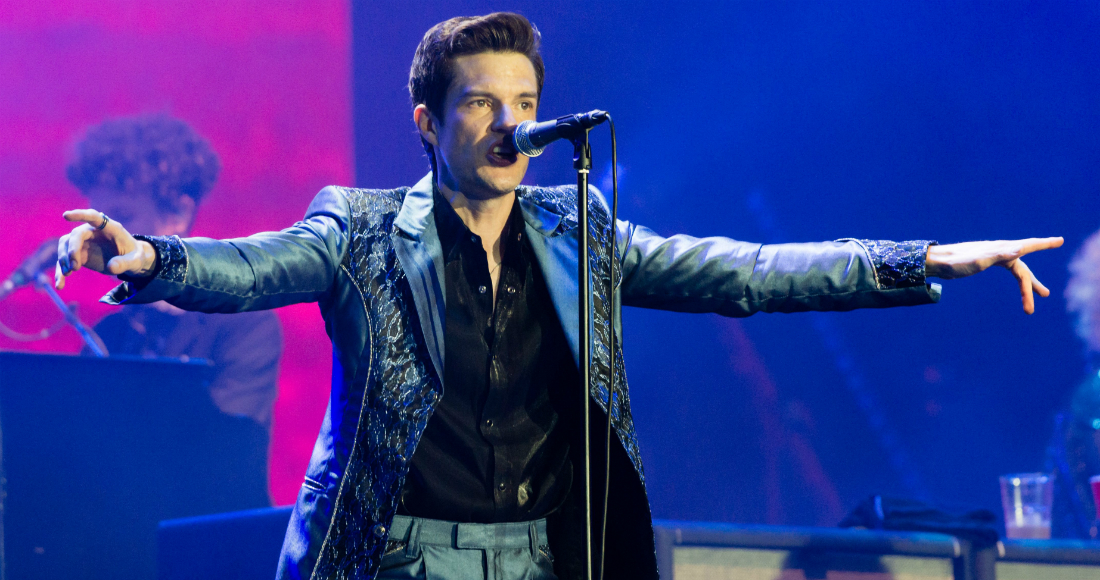 If there was any proof that good pop is timeless, it's The Killers' Mr Brightside and its enduring appeal not only to fans of the band or anyone who enjoyed a singalong at Glastonbury, but in the chart.

The 2004 classic makes a return to the Official Singles Chart Top 100 , logging its 209th week in total. Obviously the fact The Killers absolutely, erm, killed it when they headlined Glastonbury last week, would have had an impact for thios fresh push, but this isn't just an unusual spike – for a period between 2016 and 2018, Mr Brightside was barely out of the Top 100. We had a closer look and also found out who else has been having a good long run on the Top 100

In a report released in 2017 by the trade body for the UK's record labels, British Phonographic Industry (BPI), Mr Brightside was revealed as the most streamed song of any track released before 2010.

The staying power of Mr Brightside is in stark contrast to original chart run, logging just four weeks in the Official Singles Chart Top 100 after peaking at 10. It's since gone on to become a staple at pretty much any party or club night – not to mention the odd meme on Twitter – helping it notch up lots of streams and downloads every week.

So as The Killers' Mr Brightside cements its place as the longest run in the Official Singles Chart Top 100, we wanted to see who was snapping at its heels…

If you want an enduring hit, be a boy with a guitar seems to be the hot tip. Snow Patrol's Chasing Cars is next, followed by Sex on Fire from Kings of Leon, who feature twice. Ed Sheeran takes up two slots too, and the only solo lady in this sausage-fest is Sia – her rousing smash Chandelier has spent 114 weeks in the Top 100. Black Eyed Peas party banger – featuring Fergie on vocals, of course – is the only dance tune on the list.