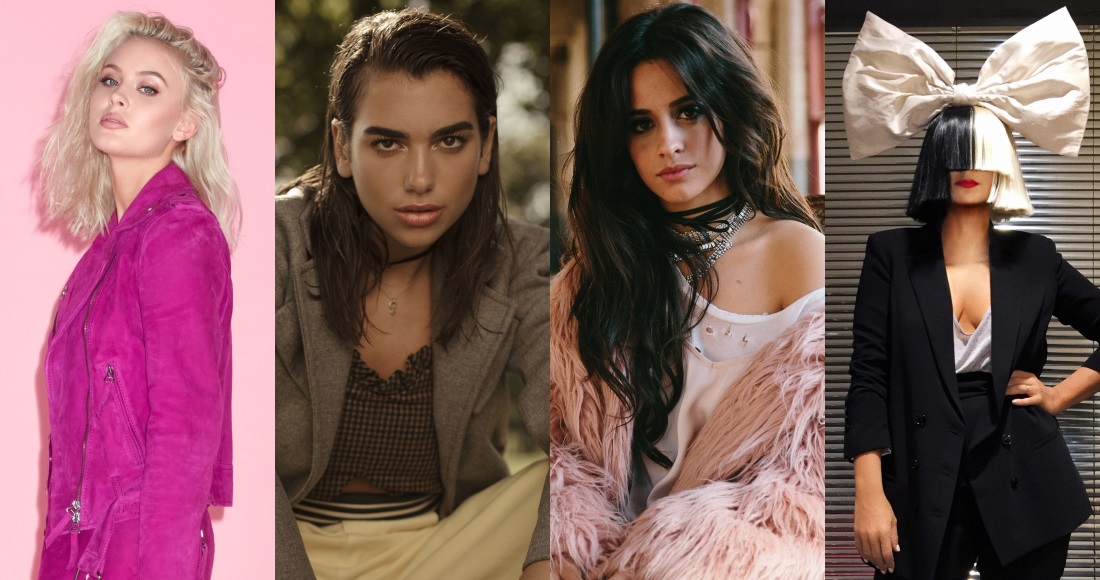 Today is International Women’s Day (March 8), and we're marking the occasion by celebrating the biggest female artists in music (as if we needed an excuse).

Now four years since streaming was incorporated into the Official Singles Chart, we're looking at the leading ladies who have dominated in recent years, during the latest evolution of the chart.

The Top 40 most streamed songs by women have generated a staggering 3 billion plays in the UK, with women from nine countries represented. When compiling this chart, (based on Official Charts Company data) female solo artists credited as the lead artist were included, as were all-female groups.

Before we reveal the UK’s Official Top 40 most-streamed songs by women, let’s take a look at some of the standouts.

So much a phenomenon are Little Mix that they have more entries in the Top 40 than any other act with five songs: Touch (9); Shout Out To My Ex (10); Black Magic (21); Power (22); and Secret Love Song (37). Touch may not have reached Number 1, peaking at 4, but its 20 weeks in the Top 40 have helped it become their most played, with an impressive 87.1 million streams to date, finishing just ahead of chart-topper Shout Out To My Ex (84m).

As a lead artist, Rihanna has plenty of huge streaming hits to hear name, the highest being Work, featuring Drake. One of only four songs by a female vocalist to top 100 million streams in the UK, Work features at Number 4 with a mighty 106 million streams logged to date.

She's got New Rules, and we've counted the streams! Dua Lipa's no-nonsense banger became the first UK Number 1 by a female artist (as the lead) in nearly two years, and spent two weeks in pole position. With 110 million plays, Dua's New Rules is already the third most streamed single by a female artist in the UK.

Sia has been a powerhouse on streaming since 2014's Chandelier. Cheap Thrills, taken from her This Is Acting album, finishes top of the pile when it comes to songs by women in the UK, with a massive 137.7 million streams since its release in January 2016.

Perhaps surprisingly, Cheap Thrills - which was originally intended for Rihanna - didn't reach Number 1 on the Official Singles Chart - kept in the runner-up slot for four weeks by Mike Posner's I Took A Pill In Ibiza and then by Drake's One Dance.

A further three songs by Sia also feature in the Top 40: Chandelier is at 7, The Greatest at 20 and Elastic Heart at 25.

Elsewhere, Swedish star Zara Larsson appears twice, her highest position being Number 2 with Lush Life, which has a whopping 114.4 million streams to its name.

Three Adele singles - Hello (5), Send My Love (To Your New Lover) (34) and When We Were Young (36) - also feature, despite the songs not being made available to stream until eight months after their parent album 25 was released. Adele also features in the list of female acts with the most Number 1s on the Official Albums Chart.

Fifth Harmony have the most streamed track by an all-female group, while breakthrough hits for Camila Cabello, Starley, Hailee Steinfeld and Julia Michaels also make it into the Top 40.

The oldest track in the Top 40 is Mariah Carey's All I Want For Christmas Is You, at Number 29. Released in 1994, the years since have seen the festive classic become a staple of the season, matching its original Number 2 peak last year.

The Official Top 40 most streamed songs by female artists