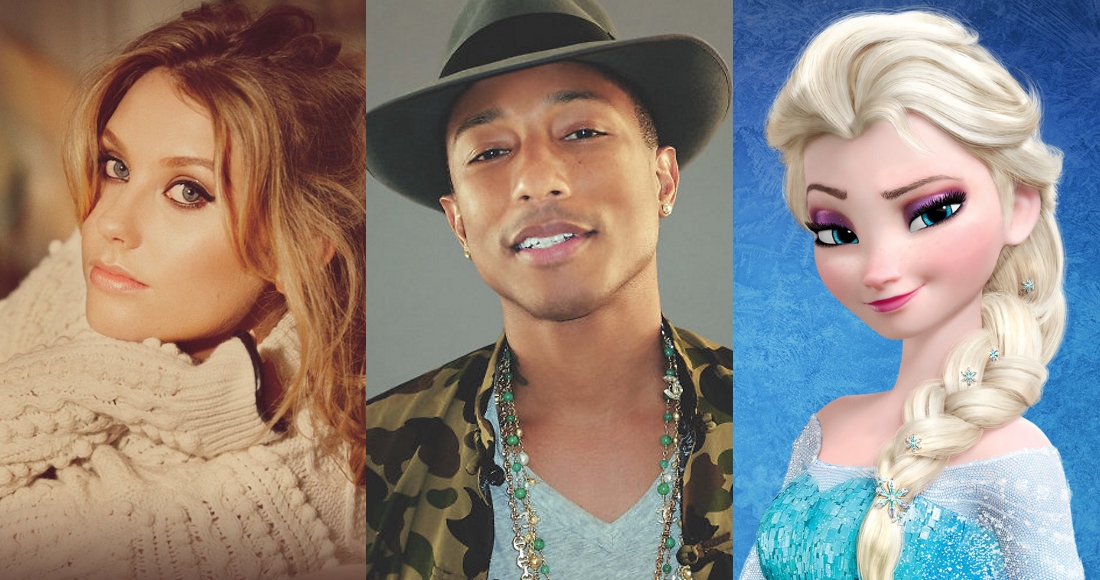 Pharrell’s Happy is the best-selling single of 2014, Official Charts can reveal.

The song, which earlier this year was announced as the most downloaded song of all time, holds its title as the biggest selling of the year with download and physical sales of 1.5 million.

Happy also claims the title of the year’s Biggest Song on the Official Singles Chart 2014, which combines both downloads and streams since the latter was introduced into the singles chart in July. Check out the Top 100 in full here.

Meanwhile, Clean Bandit’s Rather Be takes second place with sales of 1.13 million. The track, which hit Number 1 the Official Singles Chart in January and spent four weeks in pole position, tops the list most-streamed tracks of the year.

John Legend’s love ballad All Of Me is at Number 3, and Mr Probz’s Waves finish fourth on the year-end best sellers list.

The Top 5 is completed by Ella Henderson’s Ghost. The track, which topped the chart in June this year, has sold 757,000 copies this year.

Closing out the Top 10 is Idina Menzel’s Let It Go at Number 10 on 636,000. The Frozen theme song is the only track in entire Top 40 best sellers list not to reach the Top 10 in the singles chart, peaking at Number 11 for three non-consecutive weeks in April and May.

Check out the full Official Top 100 Biggest Songs of 2014