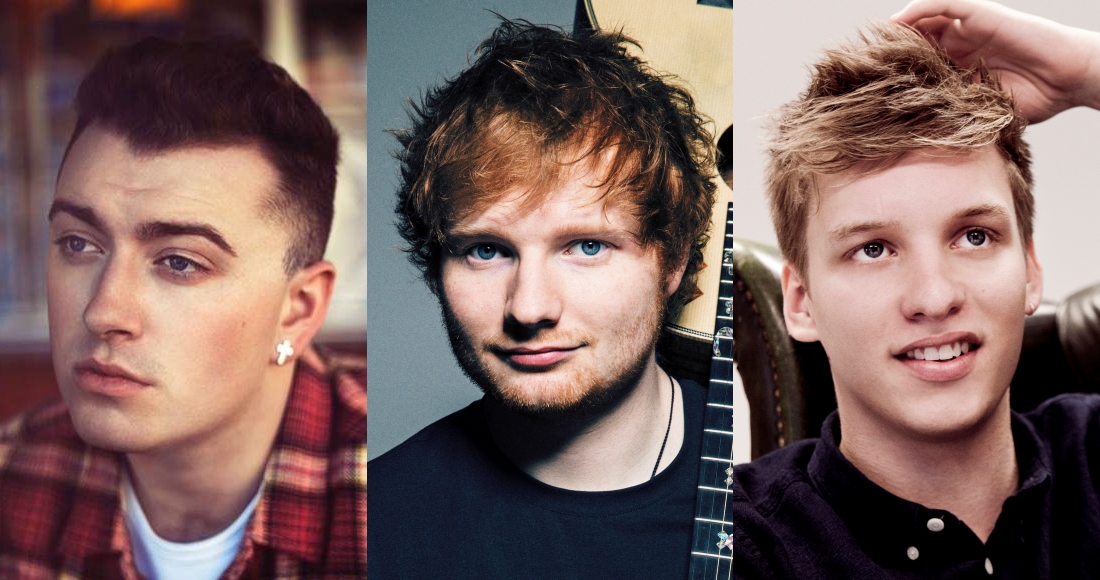 Ed’s second studio album, X spent 12 weeks atop the Official Albums Chart in 2014. Alongside claiming the title of the fastest-selling artist album of the year, the LP was the most digitally downloaded album of the year, as well as racking up the biggest one-week sales tally of the year, shifting 214,000 copies in the week before Christmas.

Newcomer Sam Smith’s In The Lonely Hour is at Number 2. With UK sales of nearly 1,248,000, Sam joins Ed Sheeran as one of only two artists to have sold over a million albums in the UK this year. Sam also achieved the rare feat of becoming the only artist in 2014 to sell one million albums in both the UK and US.

Continuing the British theme, George Ezra’s Wanted On Voyage is the third biggest selling artist album of 2014, shifting over 678,000 copies. Wanted On Voyage spent 26 weeks in the Top 10, topping the Official Albums Chart for two weeks back in October, 14 weeks after its original release.

Paolo Nutini’s Caustic Love is at 4. Released in April, Caustic Love became the then fastest-selling album of the year, shifting 109,000 copies in its first 7 days on sale. The album went on to spend three weeks at the Number 1 spot, and has now sold over 545,000 copies in the UK.

Rounding out the Top 5 is Coldplay’s Ghost Stories. Another former fastest-selling album of the year (overtaken by Ed Sheeran’s X), Ghost Stories sold 168,000 copies in its first week, back in May. The LP scored Coldplay their sixth UK Number 1 album and to date, has sold nearly 544,000 copies.

Commenting on another strong year for British music, Geoff Taylor, Chief Executive BPI and BRIT Awards, said: “The remarkable success of British artists in 2014 is exciting news for the future. Our record labels are backing home-grown talent like Ed Sheeran, Sam Smith and George Ezra, who in turn are catching fire around the world.”

While the retail value of recorded music remains above £1 billion, overall album sales have slipped this year (Digital -9.0% and Physical -6.9% from 2013). However, album streaming has seen an exponential boost, increasing by a massive 97.6% in the last 12 months.

Announced by Spotify as their most streamed artist in the world 2014, Ed Sheeran joins One Direction, Coldplay and Calvin Harris as one of only four British acts to have achieved 1 billion streams on the service.