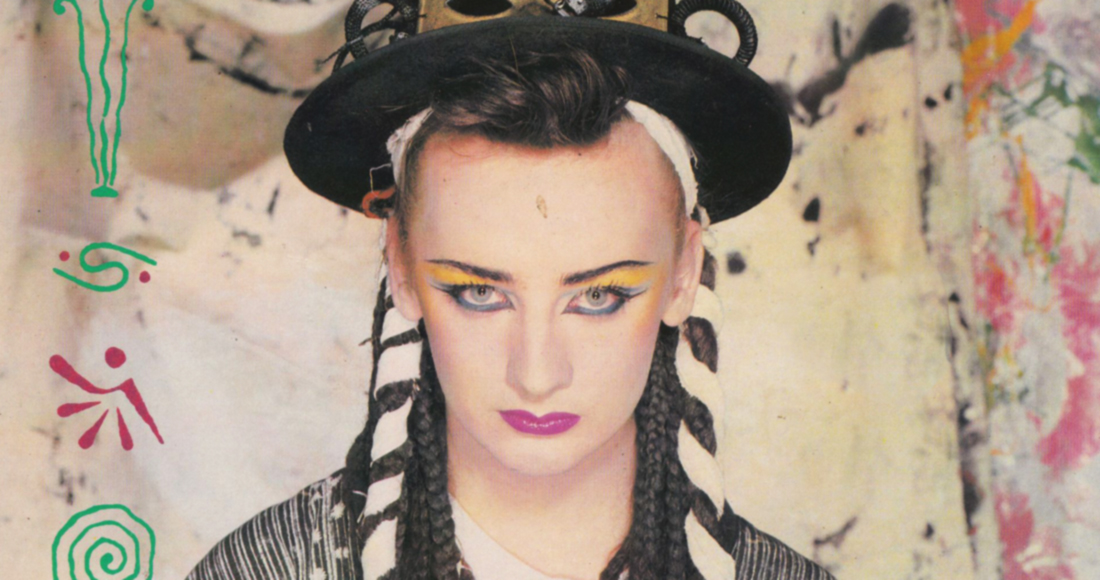 In second place, and just over 350,000 sales behind, is Billy Joel's global hit Uptown Girl (602k), followed by UB40's Red Red Wine at 3 (550k) - the reggae-pop band's track logged three weeks at the summit in September that year.

David Bowie's Let's Dance - produced by Nile Rodgers - places fourth for the year with an esitmated 471,000 sales, while Bonnie Tyler claims the year's best-selling track by a female artist (and is the only woman in the Top 10) with Total Eclipse Of The Heart - her first and only Number 1 single spent two weeks at the top in March that year.

Further down the Top 40, Michael Jackson makes the most appearances with three, two of which are from his hugely successful Thriller album - Billie Jean and Beat It - plus Paul McCartney collaboration Say Say Say. British musician Paul Young also has multiple entries, with chart-topper Wherever I Lay My Hat (That's My Home) at 14 and Love Of The Common People at 15.