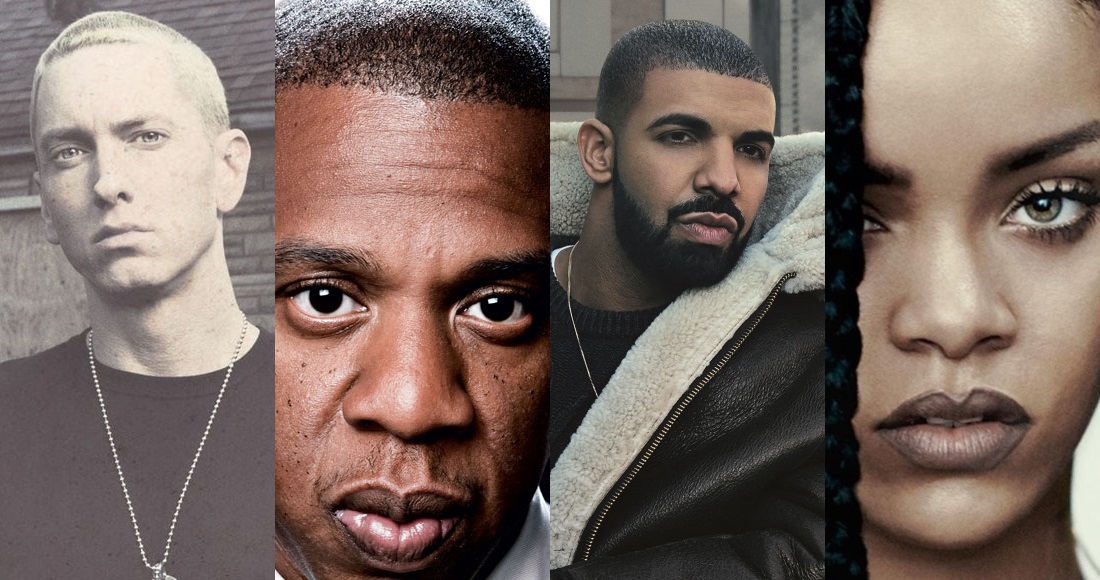 April on BBC Radio 1Xtra marks MC Month; and to celebrate, the station has exclusively revealed the UK's Official Top 100 Hip-Hop Songs of all time.

The Top 100 is, of course, based on Official Charts Company data, combining sales (physical and download) and streaming equivalent sales.

At Number 1 is none other than Drake's mammoth single One Dance, which spent a whopping 15 weeks at Number 1 in 2016. With combined chart sales of 2.1 million, the track bests second place I'll Be Missing You by Puff Daddy ft Faith Evans by some 400,000 equivalent units.

The highest placing Number 2 hit is in third - Eminem and Rihanna's huge track Love The Way You Lie. This chart really is all about when tornadoes meet volcanoes with big tracks such as the Fugees' Killing Me Softly sitting back-to-back with Coolio's Gangsta's Paradise.

Elsewhere names such as Run DMC, Jay Z, Nelly, Macklemore & Ryan Lewis, Kanye West and Outkast feature on the amazing list. Luckily for everyone out there, you will be able to hear the UK's Official Top 100 Hip-Hop Songs in full once again very soon on BBC iPlayer.