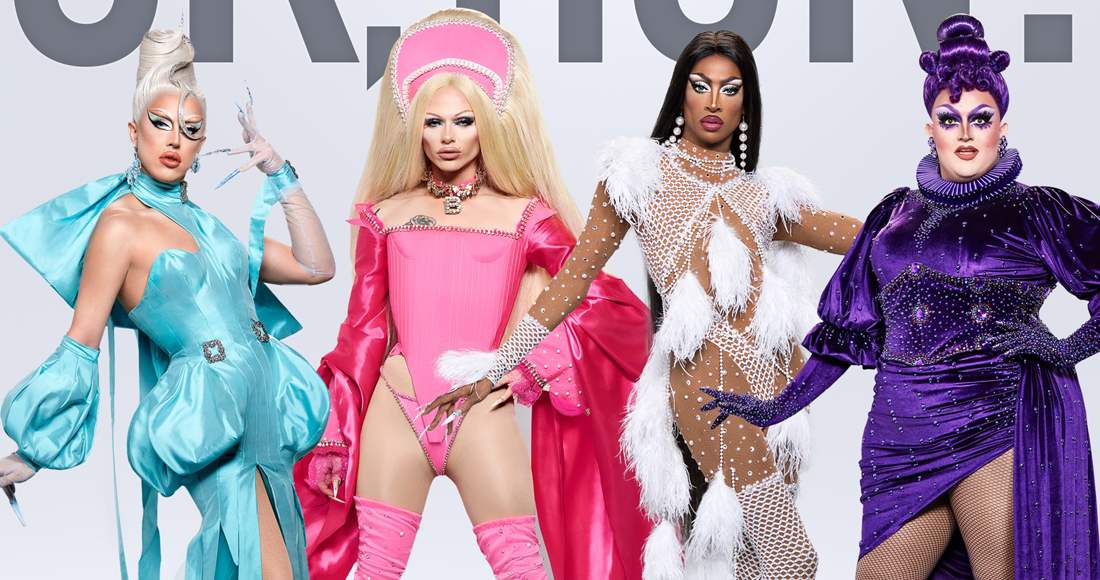 On last Thursday's episode of Drag Race UK (February 11) the queens were split into two groups, competing to enter "Ruruvision" – what we can only imagine to be an even camper version of the Eurovision Song Contest – with the track UK Hun?.

The United Kingdolls - made up of Tayce, Bimini Bon-Boulash, Lawrence Chaney and A’Whora - were awarded douze points from the judges for their version over Bananadrama's rendition (comprising Tia Kofi, Ellie Diamond, Sister Sister, and Joe Black).

It seems the song is also hitting the right note with fans as it sets course for this week's Official UK Chart Top 40 - UK Hun? (United Kingdolls Version) is currently at Number 25 on the latest Official Singles Chart update.

It's not the first time the Drag Race UK stars have appeared in the chart; in 2019 The Frock Destroyers reached Number 35 with their song Break Up Bye Bye.

UK Hun? is one of nine brand-new releases hoping to land in this week's Top 40. Yesterday's Official Chart First Look revealed that rappers Lil Tjay & 6LACK could oust Olivia Rodrigo's Drivers License from the top spot, while Taylor Swift's re-recorded Love Story is in the Top 5.

Elsewhere, London rapper Central Cee is on track to claim his second Top 40 single with Commitment Issues at 30, Rita Ora's new collaboration Big with David Guetta, Imanbek and Gunna is at 33, and Headie One's Siberia ft. Burna Boy is close behind at 34.

Slowthai, who releases his new album Tyron this week, currently sits at 35 with Cancelled ft. Skepta, and Pink's new single with her daughter Willow, Cover Me In Sunshine, is at 38 - potentially her 35th UK Top 40 single.