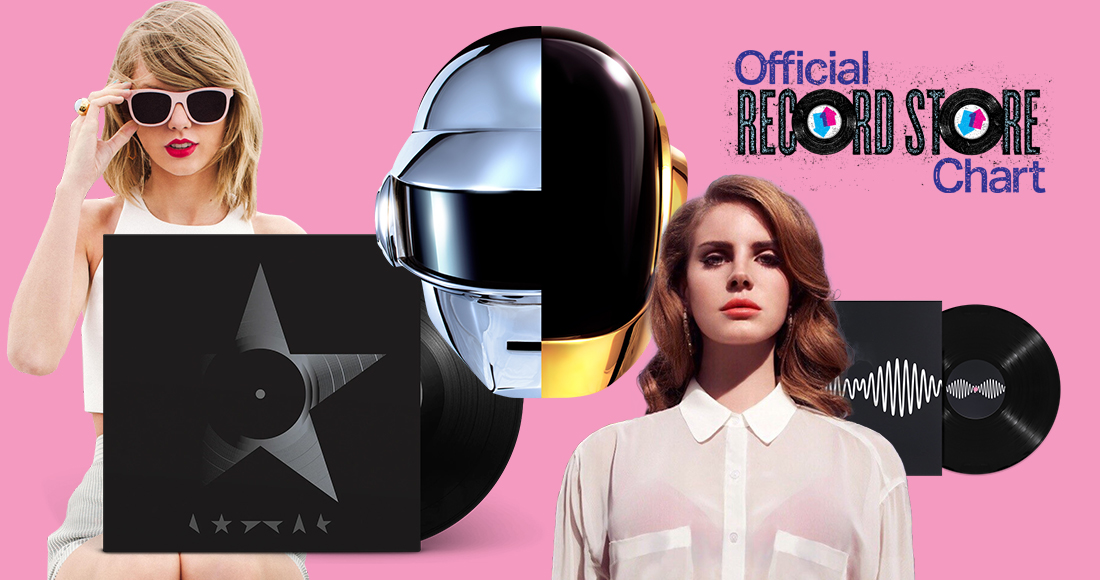 In the celebratory spirit, the Official Charts Company today unveils the Official Top 100 best-selling albums in indie record shops across the UK of the past decade - only albums released in the year 2012 or beyond have been included in this list.

Topping the list (in a surprise to perhaps no-one) is Adele with her third album 25, which contained mammoth singles like the UK Number 1 mega-hit Hello, as well as When We Were Young and Send My Love (To Your New Lover).

Following not far behind in second position are Arctic Monkeys with their critically-acclaimed magnum opus AM, first released in 2013, where it topped the Official Albums Chart for two weeks.

One of the most influential albums of the last 10 years, Lana Del Rey's Born To Die, also squeezes inside the Top 20 (13), read more about Born To Die's long-reaching influence on the Official Charts and beyond here.

The Top 20 also comprises LPs by alternative acts like London Grammar's If You Wait (14), War On Drugs' Lost In The Dream (16) and Tame Impala's Currents (20).

Further down, there are releases from a smattering of critically acclaimed indie landmarks; including Courtney Barnett's Sometimes I Sit and Think, and Sometimes I Just Sit (27), The National's influential Trouble Will Find Me (29) and Fontaines D.C.'s Dogrel (30).

The original soundtrack to Marvel's 2014 sci-fi epic Guardians Of The Galaxy: Awesome Mix Vol. 1 earns itself a spot at Number 31, which includes classic vintage tracks from the likes of Blue Swede, The Jackson 5 and Marvin Gaye.

The Top 40 is rounded out by Michael Kiwanuka's Mercury Prize-winning self-titled third album (38) and Foals' Everything Not Saved Will Be Lost - Pt. 1 (40).

The Official Record Store Chart was first launched in 2012, on the 5th anniversary of Record Store Day. The chart reflects sales from a selection of the UK's most vibrant independent record shops. The weekly chart is revealed each Sunday at 7pm on OfficialCharts.com - check out the most recent Record Store Chart now.

Check out the Top 100 of the best-selling releases in indie record shops across the UK of the past decade below.