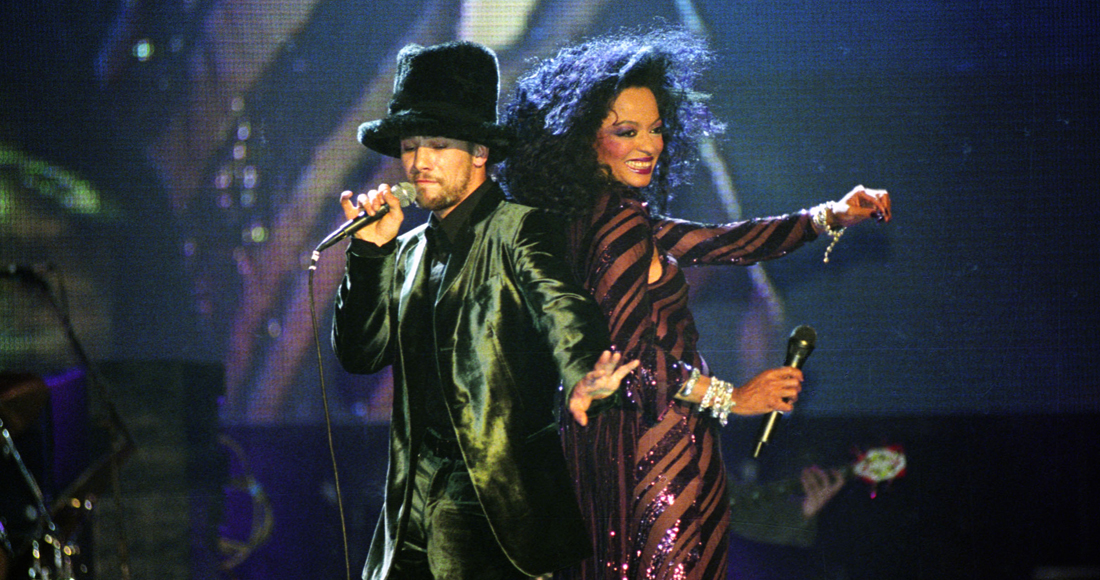 Along with the statuettes, the stars and (sometimes) the swearing, a huge part of the BRIT Awards experience is the surprise performances. Artists tend to bring something a little extra out of the bag on BRITs night.

You know all about the big ones, from Spice Girls to Michael Jackson, and Kylie to Stormzy, but what about the other performances that were just as huge then but somehow faded a little from memory? Below we right that wrong, with some celebrated performances that will bring the memories flooding back.

Leona's first proper debut single Bleeding Love had been Number 1 for seven weeks at the end of the previous year and thus the very definition of "everywhere". So you could be forgiven for thinking Leona might phone it in for what must've been her trillionth performance of the track at the 2008 BRIT Awards. Not so. Innovative staging, world-class vocals and a performance that had the audience awestruck? ✅ ✅ ✅

Why sing one hit when you can sing three, especially when you've got them to spare? Rihanna was at the peak of her powers in 2011 when she unleashed a triple whammy of hits from her Loud album: Only Girl (In The World), What's My Name?, and S&M.

MORE: Why do (some) songs have brackets in the title (when others don't)?

When Elton, legend of British pop music, and RuPaul, glamazonian drag superstar, came together at the 1994 ceremony, the results were nothing short of spectacular. The crowd watched agog as the two gay icons danced their socks off like they were on an amazing hen night, lip synching for their lives to a cover of a duet Elton first took to Number 1 with Kiki Dee in 1976. It was very possibly the British TV audience's first intro to a more modern gay and drag culture and who better to lead the way than these two? SLAY.

MORE: See all Elton John's UK hit singles and album in his archive

In 1997, the hip cat of pop Jamiroquai  teamed up with the Diva Supreme and Queen of Motown for a rendition of Diana's 1980 smash Upside Down. Nobody could quite believe this was happening (least of all the pair onstage, for very different reasons perhaps) but as collaborations go, it worked – an energetic and exhilarating performance all round.

The former Genesis star was well-known for his innovative videos, but he didn't hold back in his performances either. Peter Gabriel certainly knew how to make an entrance at the 1993 BRIT Awards, before kind of stripping off his very purple suit to reveal some dubious looking muscles underneath, all in the middle of some extremely chaotic dance sequences.

OK, so "overlooked" might be pushing it when it comes to describing anything Geri Halliwell has done, but for sheer chutzpah and energy alone, this 2000 performance of her Number 1 Bag It Up deserves another shot. Emerging from between giant inflatable legs to symbolise rebirth – her former bandmates were in the audience and let's just say there was no love lost – Geri pole-danced, encouraged everyone to flash their bits and generally had the time of her life while Britain looked on, drink frozen halfway to its mouth.

Paloma had worked long and hard for her success and her performance at the 2015 BRIT Awards was as emotional as it was spectacular. In a showstopping dress, with black paint on her hands and getting roundly drenched without missing a note – Paloma nailed this one.

A tradition of BRITs performances is newer stars putting a fresh spin on old favourites, and if it's a duet between two of the moment's brightest stars, more the better. Lemar and Jamelia teamed up to tear it up with this gospel-tinged retelling of Robert Palmer hit Addicted to Love at the 2005 ceremony and the heat was unmistakable. Don't mind if you do indeed!

Everyone loves a BRITs medley, especially when it's got some starry cameos up its sleeve. Pet Shop Boys pulled it out of the bag in 2009 when they ran through an array of their iconic hits, with a little help from Lady Gaga who zipped in and out to do What Have I Done to Deserve This dressed wonderfully like a set of expensive crockery, and the Killers' Brandon Flowers, who was fanboying so hard on It's A Sin, his guyliner nearly ran.

What's your favourite potentially underrated BRITs performance? Tell us in the comments: