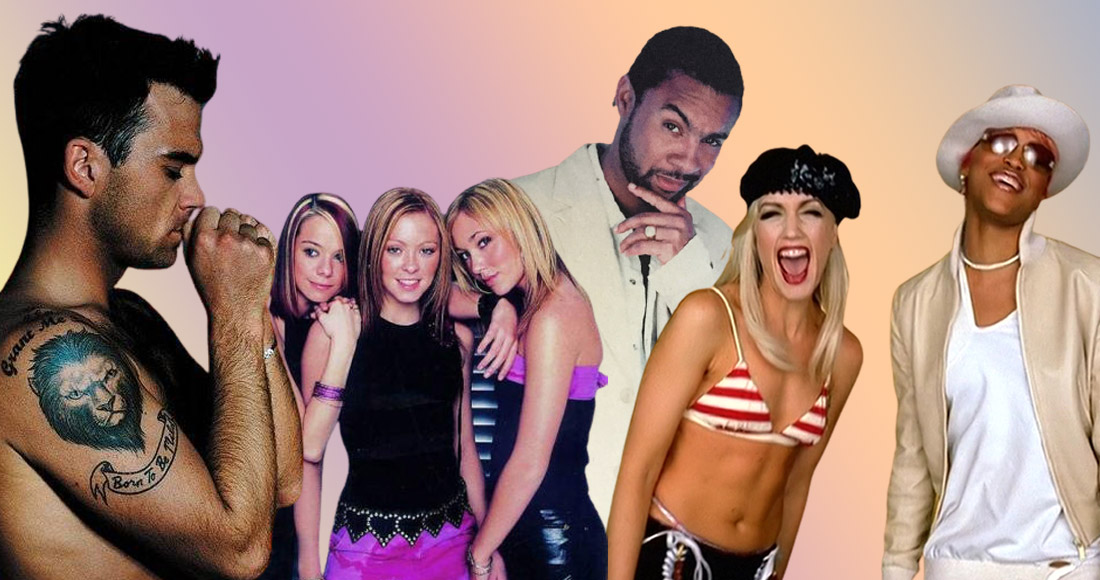 While a flurry of dance bangers compete for this year's song of the summer, the music landscape was very different 20 years ago. 2001 saw an eclectic bunch of tracks soundtrack the warmer months; including reggae, trance, UK garage, hip-hop and - of course - straight-up pop.

The UK's best-selling song that summer was Shaggy's Angel, a reggae-pop jam that served as the follow-up to his wildly successful, international Number 1 hit It Wasn't Me.

Angel, which featured Barbadian singer Rayvon, boasted similar success, reaching Number 1 in 12 countries, including three weeks at the UK summit. Central to the song's success was its reggae fusion twist on timeless pop number Angel Of The Morning, a song etched into the minds of most thanks to numerous covers over the years.

Looking down the list of 2001's best-selling songs of summer at the bottom of the page, you'll notice that Angel was one of the few summer-friendly songs released that year. That no doubt helped propel it to the top of the chart, with 397,000 sales logged that between the first week of June to the last week of August (931,000 in total).

MORE: The Official Songs of Summer 2011

The UK's second best-selling single of summer 2001 was Lady Marmalade (379k), a showstopping cover of Labelle's 70s disco hit recorded by Christina Aguilera, Pink, Lil Kim and Mya to build up hype for the film Moulin Rouge. The track did exactly that, spending one week at the top and practically redefining pop collaborations for years to come.

Rounding out the Top 5 are So Solid Crew, a collective of underground rappers, singers, producers and DJs who became a household name overnight when their rap battle banger 21 seconds topped the chart in August, picking up 266,000 sales across the summer.

Elsewhere, big dance tracks in summer 2001 were Castles In The Sky, the debut single by Belgian house project Ian Van Dahl (6), and Another Chance by Roger Sanchez (10), the DJ's first and only UK Number 1 in July. Further down, Basement Jaxx's Romeo - which became the duo's third Top 10 single in June that year - places at 26.

The dominance of R&B and hip-hop from the previous year continued in 2001, with several hits that summer, including Wyclef Jean's Perfect Gentlement (7), Purple Pills by Eminem-led collective D12 (9), Usher's You Remind Me (16), Destiny's Child's Bootylicious (21), Eve's Let Me Blow Ya Mind ft. Gwen Stefani (23), and 2Pac's Until The End Of Time (25).

Big pop hits in the summer of 2001 cam from boybands Five with their third and final Number 1 hit Let's Dance (13), and Blue's debut single All Rise (20), plus their chart-topping follow up Too Close (35). UK TV talent show winners Hearsay place at 14 with The Way To Your Love, while their US counterparts O-Town (from MTV's Making The Band) are at 29 with Liquid Dreams.

Finally, Sophie Ellis-Bextor launched her solo career that summer after her Number 1 success with a cover of Cher's Take Me Home, which reached Number 2 in August and ranks 18th overall, and a remix of Eddy Grant's 1983 hit Electric Avenue places at 37.

Listen to this Top 40 as a playlist on Spotify