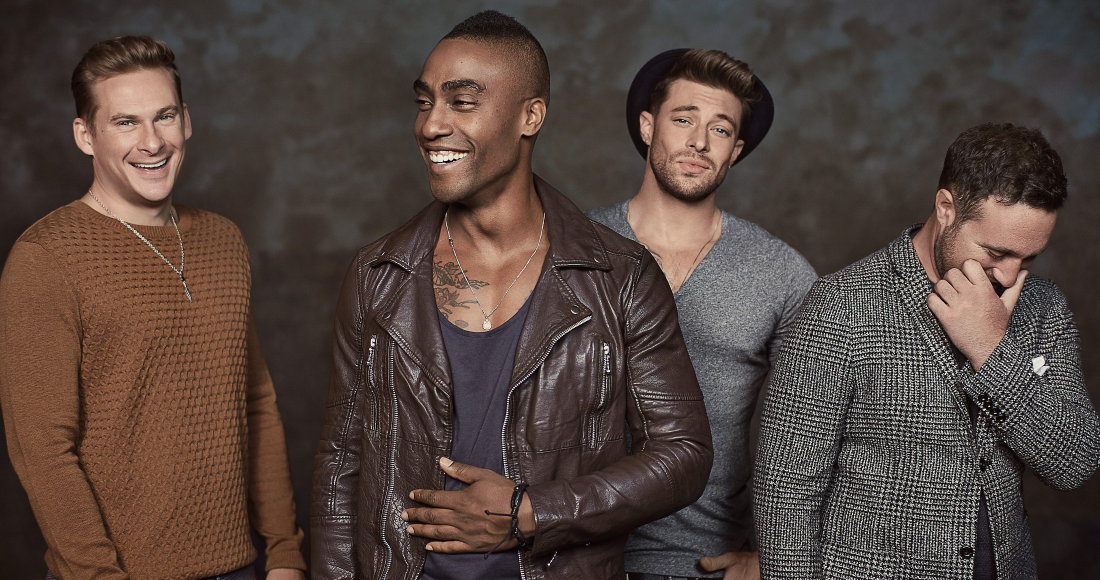 Blue are an English boy band who formed in London in 2000, and consisting of members Antony Costa (born in Burnt Oak, Barnet on June 23, 1981), Duncan James (born in Dorset on April 7, 1978), Lee Ryan (born in Chatham, Kent on June 17, 1983) and Simon Webbe (born in Moss Side, Manchester on March 30, 1978). Blue were initially put together by impresario Simon Cowell, and had initially featured a pre-Pop Idol Will Young in the first line-up, and scored a trio of UK Official Singles Chart Number 1s with Too Close, If You Come Back and a duet with Elton John on his Sorry Seems To Be The Hardest Word. Blue also had three UK Official Album Chart Number 1s with All Rise, One Love and Guilty. Blue have split and reformed a number of times, reuniting to take part in the Eurovision Song Contest in 2011 (they came a respectable tenth) and also to be part of The Big Reunion TV show. Blue have won two out of a possible four BRIT Awards, for Best British Breakthrough Act in 2002 and Best British Pop Act in 2003.