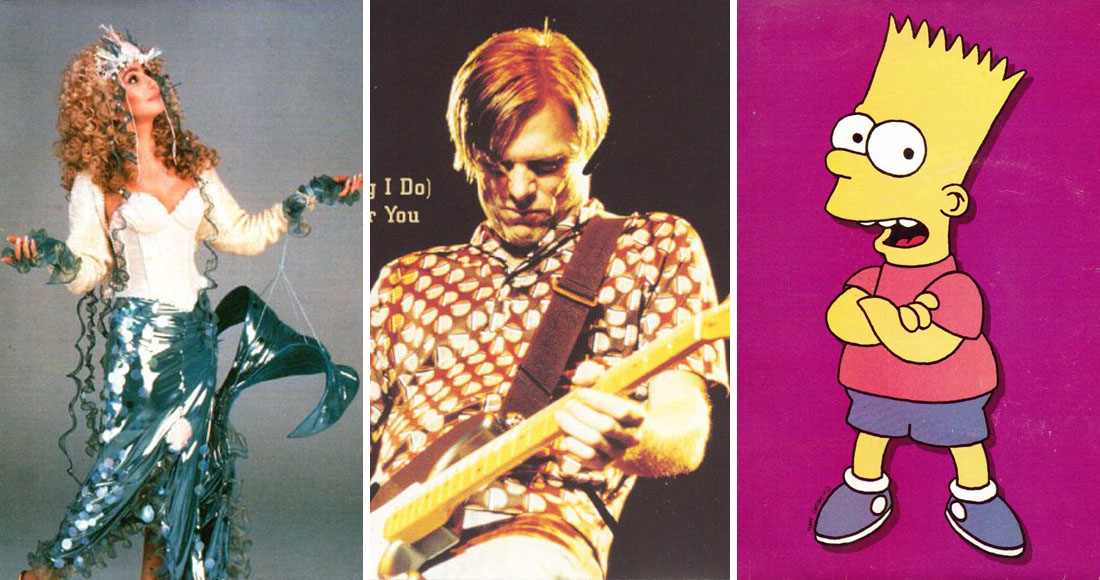 For those who were around to witness it, the UK's best-selling song of 1991 should come as no surprise: Bryan Adams' (Everything I Do) I Do It For You, which spent a mammoth 16 weeks at Number 1 that year.

The track set - and still holds - a record for the longest run at the summit on the Official Singles Chart. Co-written by Adams for the film Robin Hood: Prince of Thieves, Everything I Do... sold 1.43 million copies in the UK, according to Official Charts Company data, to finish as the year's best-seller. The song also ranks as the UK's 15th best-selling single of all time.

Everything I Do... topped the charts in 19 countries and was the first of two UK chart-toppers for Adams, landing his second some nine years later as a vocalist on Chicane's Don't Give Up. View Bryan Adams' Official Chart history in full here.

The second best-seller of 1991 goes to Queen, whose re-release of Bohemian Rhapsody along with These Are The Days Of Our Lives following the death of Freddie Mercury was the year's Christmas Number 1. The single sold a massive 673,000 copies in a matter of weeks and remains the only song to hit the festive top spot twice, having first done so in 1975.

In third is Cher, who landed her first Number 1 single that year with The Shoop Shoop Song (483k), taken from the film Mermaids. London brothers Right Said Fred are fourth with their debut smash I'm Too Sexy (470k), and The Simpsons (specifically Bart) round out the Top 5 with Do The Bartman (430k). The new jack swing track became the first song by cartoon characters to hit Number 1 in 22 years, since The Archies' Sugar Sugar in 1969.

Further down, Chesney Hawkes' anthem The One And Only finishes at 7, Diana Ross' Number 2 hit and 18th Top 10 When You Tell Me That You Love Me lands at 17, and The Clash are at 19 with their first Number 1 Should I Stay Or Should I Go, which topped the Official Chart in March after being used in an advert for Levi's.

Finally, The KLF claim three entries on the year-end Top 40, led by the two-week chart-topper 3am Eternal at 12.