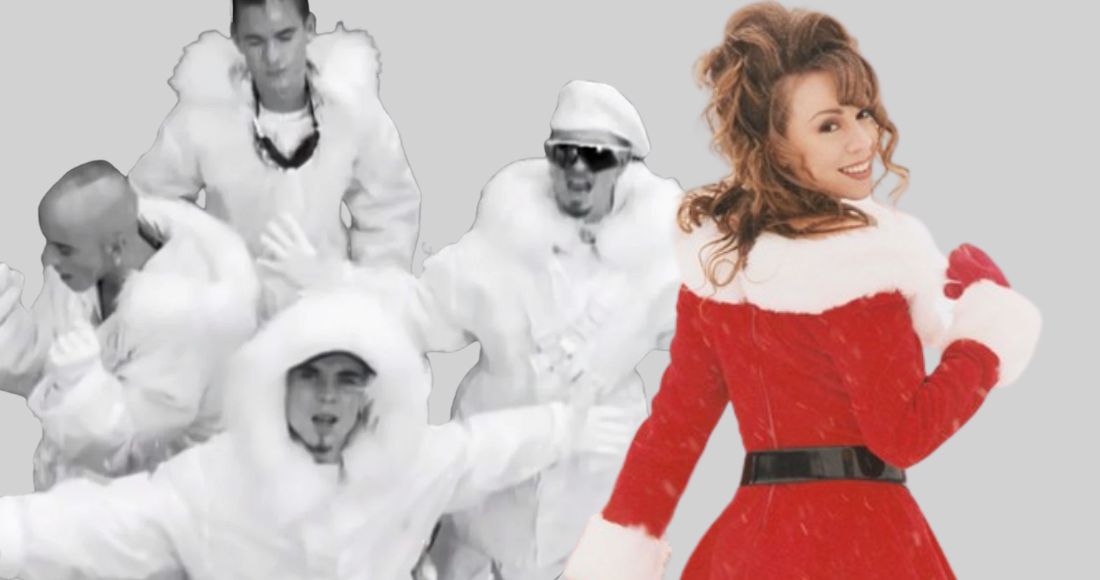 And, of course, we're starting off with a biggie. 1994, to be precise, where perhaps the modern Christmas classic - Mariah Carey's All I Want For Christmas Is You - was beaten to Number 1 by boyband East 17 and their cozy coats.

First, some context. In 1994 Mariah - already by now an established superstar in America - had just experienced her first great run of UK success over the past year; with a series of consecutive Top 10 singles (I'll Be There, Dreamlover, Hero, Anytime You Need A Friend, Endless Love with Luther Vandross) and her first UK Number 1 single to boot (Without You - her first of three overall). In a strange move for an established artist like herself at the time, Mariah decided to release a Christmas album.

In the other corner, we have East 17. The boyband containing Tony Mortimer, John Hendy, Brian Harvey and Terry Coldwell who were marketed as the 'bad boys' of UK pop (compared to the relatively clean-cut Take That) had also scored two UK Top 10 hits that year (It's Alright and Around The World) but were gunning for their first Number 1 with synth-ballad Stay Another Day.

By the time Christmas Number 1 1994 rolled around, Stay Another Day had already been Number 1 for three weeks in the UK and any other year the prize would have been Mimi's for the taking. But it wasn't her time.

Despite Mariah valiantly selling 101,000 copies in the UK that week, East 17 overpowered her with 163,000, and the Official Christmas Number 1 was theirs.

But as you know, pop is all about the long game. And Mariah has certainly won the war, if not the battle. To date, Official Charts Company data tell us that East 17's Stay Another Day's chart sales notch up to 1.4 million (including 692,000 physical sales, 191,000 downloads and 64 million streams) while All I Want For Christmas Is You blows them out of the water with a total of 3.9 million (including 327,000 physical sales, 932,000 downloads and a staggering 318 million streams).

All I Want For Christmas Is You has now became a UK chart mainstay for the festive season. Not only did it finally reach Number 1 (and deservedly so!) in 2020 after 26 years, but just this month Mariah broke an Official Charts record as her classic broke into the UK Top 40 earlier than ever before.

One title that still eludes the Elusive Chanteuse, however, is that pesky Official Christmas Number 1. With All I Want For Christmas is you set to break back into the Top 10 this week, could 2022 finally be her year? We wouldn't count her out.

Elsewhere in the Official Singles Chart that week in 1994, Oasis earned their third Top 10 single with Whatever (3), while novelty singles enjoyed a healthy week in the Top 10 too...

Europop-meets-country track Cotton Eye Joe by Eurodance group Rednex was on the rise, up to Number 5 (it would eventually climb to Number 1 in January 1995), Irish puppet duo Zig and Zag were enjoying a second week at Number 8 with Them Girls Them Girls, and TV series Power Rangers, having become a global phenomenon, saw its theme song earn a third week in the top flight at Number 9.