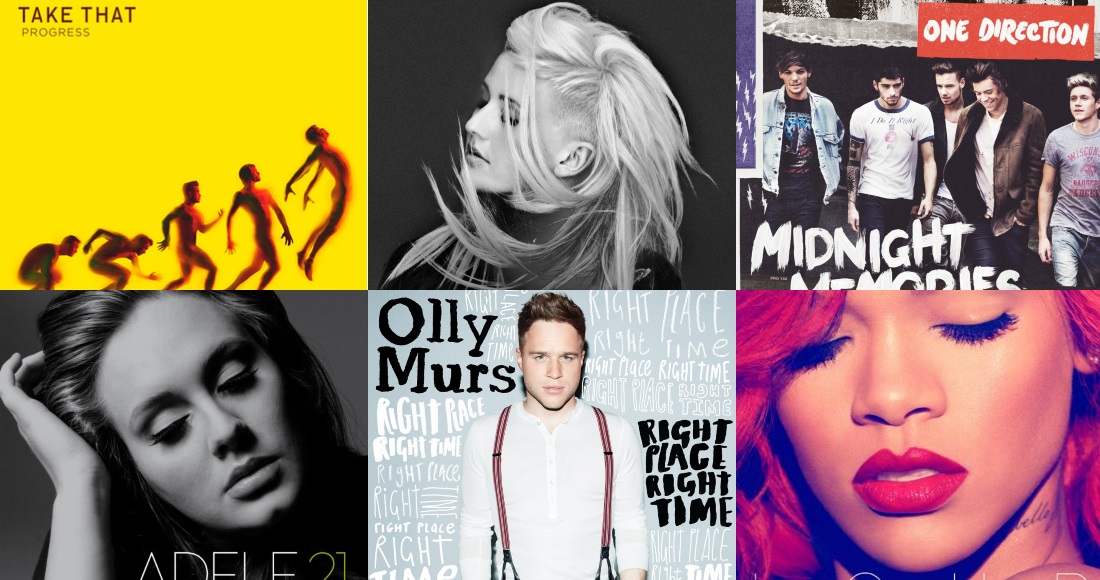 Adele’s 21 is the biggest selling album of the decade to date, the Official Charts Company can reveal. The singer-songwriter’s second studio album – which spent a massive 23 weeks at Number 1 - has sold just over 4,751,000 copies in the UK.

Take That’s Progress earns the Number 2 spot with sales of over 2,374,000 since its 2010 release. The former Official Albums Chart Number 1 shifted an impressive 519,000 copies in its opening week and spawned three Top 40 singles: The Flood, Kidz and Love Love.

In at Number 3 is Michael Buble’s festive album Christmas, which counts 2,216,000 sales this decade. The album spent three weeks at the Official Albums Chart summit and has entered the Top 10 every year since its 2011 release. To date, the LP has racked up 31 weeks in the Top 40.

The fourth best-selling album since 2010 is Emeli Sande’s debut Our Version Of Events. The record, which has sold 2,208,000 copies since its 2012 release, features six singles including Top 10 hits Heaven (Number 2), Next To Me (2), Read All About It Pt 3 (3) and Clown (4). The album also holds the title for the longest reign in the Top 10 of any debut album, surpassing The Beatles’ debut Please Please Me.

Notable additions further down the Top 40 list include Ellie Goulding, whose album Halcyon has passed one million sales and is the 23rd best-seller of the decade so far, while One Direction and Olly Murs each claim three of the decade's 40 best sellers.

The Official Biggest Selling Artist Albums of the decade so far are: