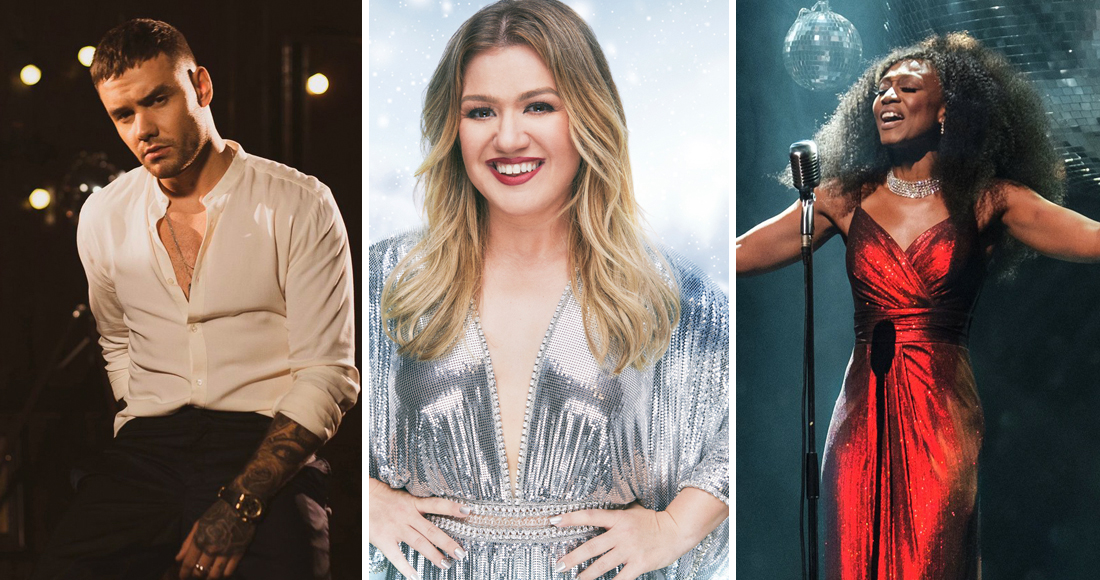 'Tis the season to be jolly, and nothing says Christmas like some new festive bangers to get us through this very weird 2020 yuletide season.

As ever, there are a raft of acts battling out this year to see if anyone can conjure up an enduring holiday classic like Mariah Carey's All I Want For Christmas Is You, Last Christmas by Wham!, or Wizzard's I Wish It Could Be Christmas Everyday.

Here's a look at some of the brand-new Christmas offerings for 2020 - check out the longer playlist at the bottom of the page.

Kelly Clarkson already has one modern Christmas classic under belt with Underneath The Tree, but it seems she won't be satisfied until she's added to her collection.

A duet with US country music star Brett Eldredge, Under The Mistletoe is an original composition from the original American Idol that packs enough pep to take you all the way through to the big day. Kelly's last full-length Christmas release was 2013's Wrapped In Red.

The Queen of UK soul has recorded a brand-new Christmas song for upcoming film The Loss Adjuster - and it's a banger. "I had never written or recorded a Christmas song as part of my solo career, I was never really moved to do it," Bev says. Quite simply, it bangs, and you don’t turn down bangers, no matter what the time of year!"

Meghan Trainor - I Believe In Santa

All About That Bass hitmaker Meghan Trainor kicked off Christmas early this year with the release of her fourth album, A Very Trainor Christmas, last month.

Her first festive-themed LP, The Voice coach even wrote some original songs for the album alongside members of her own family, including the horns-aplenty, sweet-as-candy cut I Believe In Santa.

After riding all the way to two weeks at Number 1 with country-rap single Old Town Road in 2019, Lil Nas X has continued to entertain us with his genre-defying tracks, including follow-up single Panini. Now he's back and shinier than ever with Holiday, a space-age track featuring all of Lil Nas X's catchy trimmings.

A Holly Dolly Christmas (nice) is country icon Dolly Parton's third Christmas album, but she's filled it with some very timely collaborators on covers of modern classics (she duets with US talk show host Jimmy Fallon on All I Want For Christmas Is You) and original material.

She's even brought god-daughter Miley Cyrus along for the ride on Christmas Is, a far-cry away from the 80s power pop of Miley's latest Top 5 hit Midnight Sky, we have to admit.

Ava Max - Christmas Without You

Hot on the heels of her debut album Heaven & Hell narrowly missing out on a Number 1 debut, US pop star Ava Max has released her first Christmas song.

A far cry away of the gothic-tinged pop of her biggest hits Sweet But Psycho and Kings and Queens, Christmas Without You (an original composition) sees Ava in a more contemplative frame of mind as she faces the holiday season alone.

Jonas Brothers - I Need You Christmas

The Jonas Brothers are having another go at a creating a Christmas classic, following last year's Ryan Tedder-produced Like It's Christmas. Their new track, I Need You Christmas, Joe, Nick and Kevin have opted for a warming, string-laden ballad that recalls the iconic festive hits from the 1950s.

Whether former One Direction member Liam Payne ends up on the Nice or Naughty list for pop stars this year is entirely up to you - but his first release of 2020 is certainly interesting. Teaming up with TikTok star Dixie D'Amelio, Liam's Naughty List is inspired by the trop-pop stylings of his early solo hit Strip That Down.

Stockport indie-pop outfit Blossoms were one of just a few acts who managed to scoop a Number 1 album in the first two months of 2020 - their second chart-topper in total - with Foolish Loving Spaces, and went straight into the Top 5 in the Autumn with a double album of lockdown covers and a live recording of their February hometown show.

As if the group haven't been generous enough this year, Blossoms have really spoiled us as they hit us with not one, but two great Christmas songs for 2020.

Listen to these and more new Christmas songs for 2020 below: