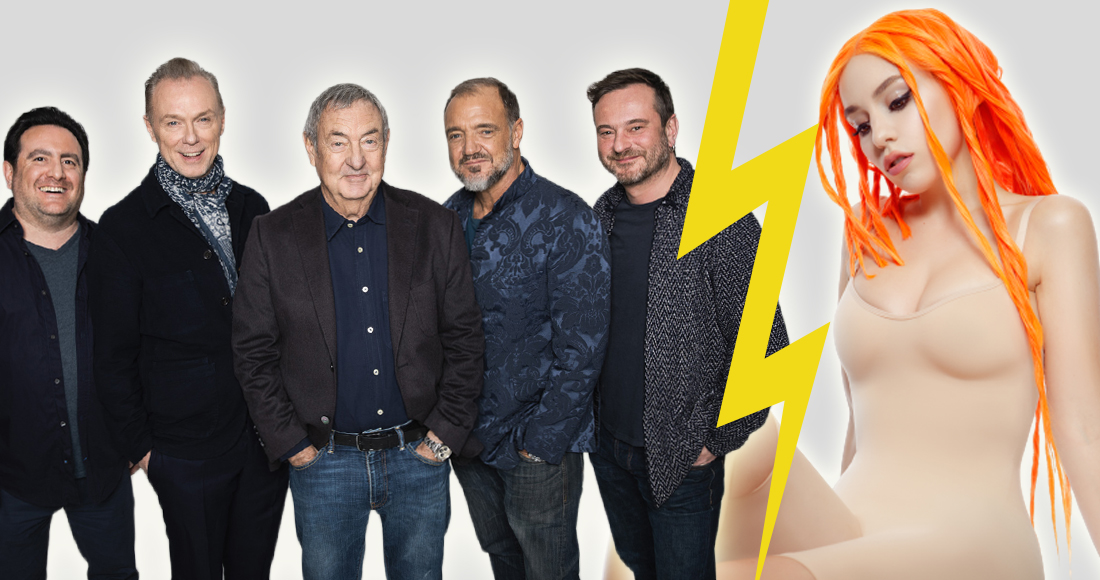 Heading for Number 1 is US pop star Ava Max with her debut album Heaven & Hell. Ava’s breakout single Sweet but Psycho reached the top spot on the Official Singles Chart in the final week of 2018, which it held for four weeks. The collection also includes Top 20 hits So Am I and Kings & Queens.

Close behind at Number 2 are Prog supergroup Nick Mason’s Saucerful of Secrets’ with Live At The Roundhouse. Led by the Pink Floyd drummer, the album is a live recording taken from the band’s sold-out shows at the legendary London venue in May 2019.

At Number 3, Yusuf / Cat Stevens could land his ninth Top 10 album with Tea For The Tillerman 2 – a rerecording of the singer-songwriter’s 1970 album, which originally peaked at Number 20.

Meanwhile, hip-hop duo Run The Jewels re-enter at Number 4 with RTJ4 following its release on physical formats – the album landed at Number 18 in June on its initial digital-only release. Rounding off the Top 5, UK rapper Potter Payper could earn his first Top 40 collection with Training Day 3.

Meanwhile, Alicia Keys’ new record Alicia is eyeing up a Top 10 debut at Number 7, just ahead of country musician Keith Urban’s The Speed of Now at Number 8, potentially his first UK Top 10 album.

Singer, songwriter and producer Charli XCX is set to return to the Top 40 with her lockdown album How I’m Feeling Now, currently at 11 following a vinyl release, while comedic actor Matt Berry is at Number 15 with his sixth studio album Phantom Birds.

Further down, Neil Young’s latest EP The Times (29) could make a Top 40 debut, while David Bowie’s 1975 album Young Americans (30) is on course to re-enter the chart following a 45th anniversary vinyl reissue.