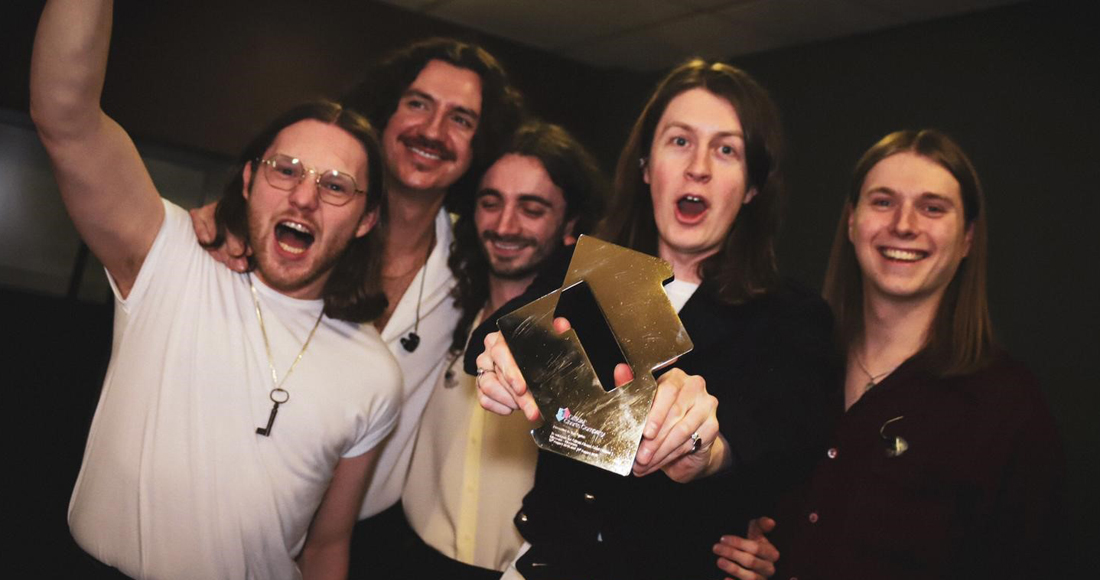 Congratulations to Blossoms, who storm to Number 1 on this week’s Official Albums Chart with their new record Foolish Loving Spaces.

It earns the Stockport band their second chart-topping album following their self-titled debut in 2016. Their second collection, Cool Like You, peaked at Number 4 in 2018. View Blossoms' Official Chart history in full.

Celebrating the news, they told us: "Our second Number 1! We are delighted. Thanks to everyone who bought it. You’ve made us five the happiest lads in the world." Watch Blossoms celebrate their new Number 1 album below:

MORE: Every Number 1 album ever on the Official Albums Chart

Outside the Top 10, Taylor Swift’s former chart-topper Lover surges 25 places to Number 14 following the release of her documentary Miss Americana on Netflix. Two more Taylor albums feature in this week’s Top 100: 2014’s 1989 at Number 70 and 2016’s Reputation is at 96.

Liam Gallagher occupies two slots in this week’s albums Top 40; his new Acoustic Sessions collection lands at Number 24, and his Why Me Why Not album rebounds 49 places to Number 31.

Finally, Marc Almond’s 24th studio album Chaos And A Dancing Star is new at 35, and The Unraveling by Drive-By Truckers earns the US Americana group their third UK Top 40 album, new at 36.