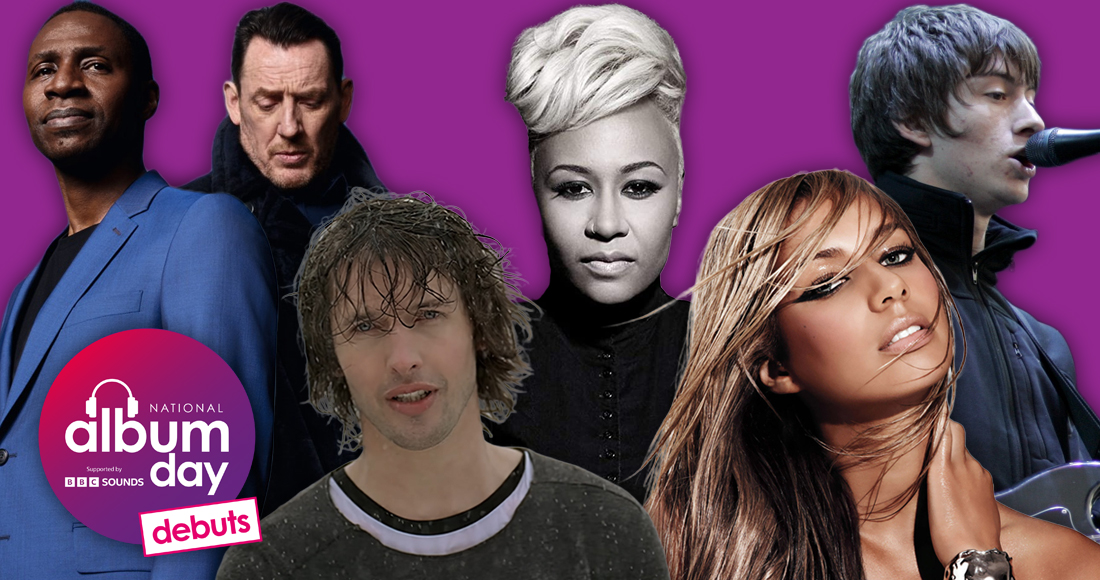 This year's National Album Day is focused on the brilliance of debut albums; that rare kind of record, which can see so many artists capture lightning in a bottle.

National Album Day 2022 ambassador Sam Ryder has recently announced the release of his own debut album, There's Nothing But Space, Man!, so you could say this list is both incredibly timely and helpful.

After all, you can only have one first album...

As we head towards the big day itself (National Album Day 2022 will take place this year on October 15), we've crunched the numbers to reveal the biggest debut albums from up and down the UK; both in the regions of England and devolved nations of Wales, Scotland and Northern Ireland, thanks to BPI/ERA analysis of Official Charts Company data. 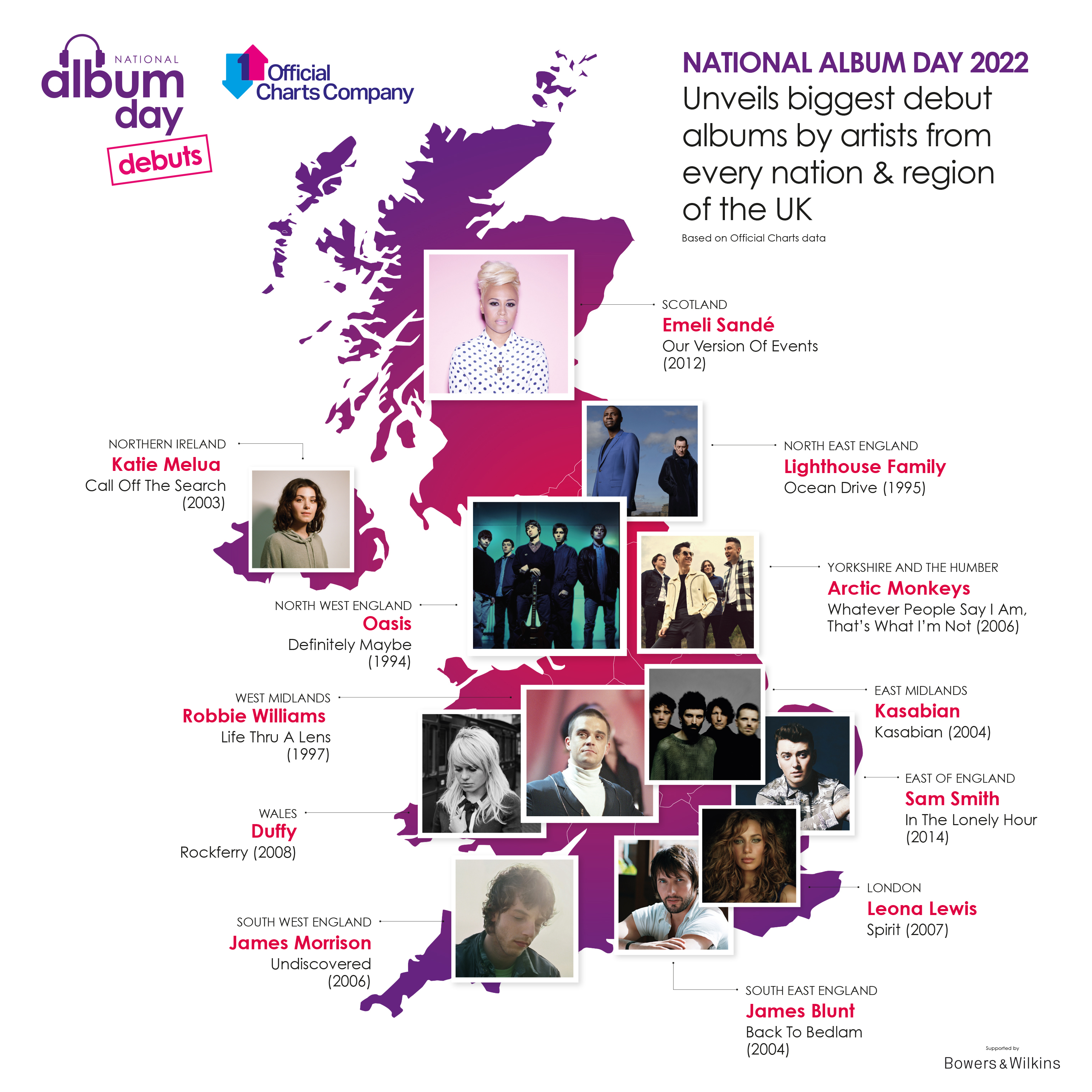 The current Number 1 artist on the Official Singles Chart, Sam Smith comes out on top for the East of England with their debut record In The Lonely Hour (2014), beating out tough competition from Ed Sheeran and George Ezra. In The Lonely Hour contained three Number 1 singles; Money On My Mind, Stay With Me and Lay Me Down with John Legend.

They're readying the release of their forthcoming seventh LP The Car, but Arctic Monkeys' influential 2006 opus Whatever People Say I Am, That's What I'm Not is the biggest debut album by an act from Yorkshire and the Humber. Whatever People Say... contained two chart-toppers; I Bet That You Look Good On The Dancefloor and When The Sun Goes Down.

In what may be a surprise to many, Leona Lewis triumphs over Adele, Dido and Spice Girls (!) to secure the biggest first album by an artist from London with the blockbuster Spirit, which contained a Number 1 single in the form of the majestic Bleeding Love and her X Factor's winners single, A Moment Like This.

And in perhaps the biggest coup of the list, Manchester's own Oasis have wrestled the title of North West England's biggest debut album from acts such as The Beatles, Stone Roses and Simply Red. The Gallagher Brothers and co's first record, Definitely Maybe (1994) contained two Top 10 singles; Live Forever (Number 10) and Cigarettes & Alcohol (Number 7).

As for the devolved nations of the UK, Scotland's biggest debut album is Emeli Sande's Our Version of Events (2012), Wales' belongs to much-missed soul singer Duffy and the accomplished Rockferry (2008) and finally, Katie Melua claims it for Northern Ireland with Call Off The Search (2003).

Just announced in BBC Radio 2's seasonal programme highlights, the station will be marking National Album Day with a special chart produced exclusively by the Official Charts Company in partnership with the BPI. Steve Wright will be counting down the all-time Top 20 biggest (sales and streams) debut albums to be released in the UK since records began in 1956. The countdown from Numbers 40 to 21 will be available on BBC Sounds from Saturday 8 October.

Steve said, “I’m thrilled to mark this year’s National Album Day on BBC Radio 2 by playing top tunes from some awesome music debuts. The chart represents the incredible embryonic starts to magnificent pop careers. If you like albums you will love this flashback in time.”

The Official Biggest albums from each UK region and nation revealed

Yorkshire and the Humber
Arctic Monkeys – Whatever People Say I Am, That’s What I’m Not (2006)