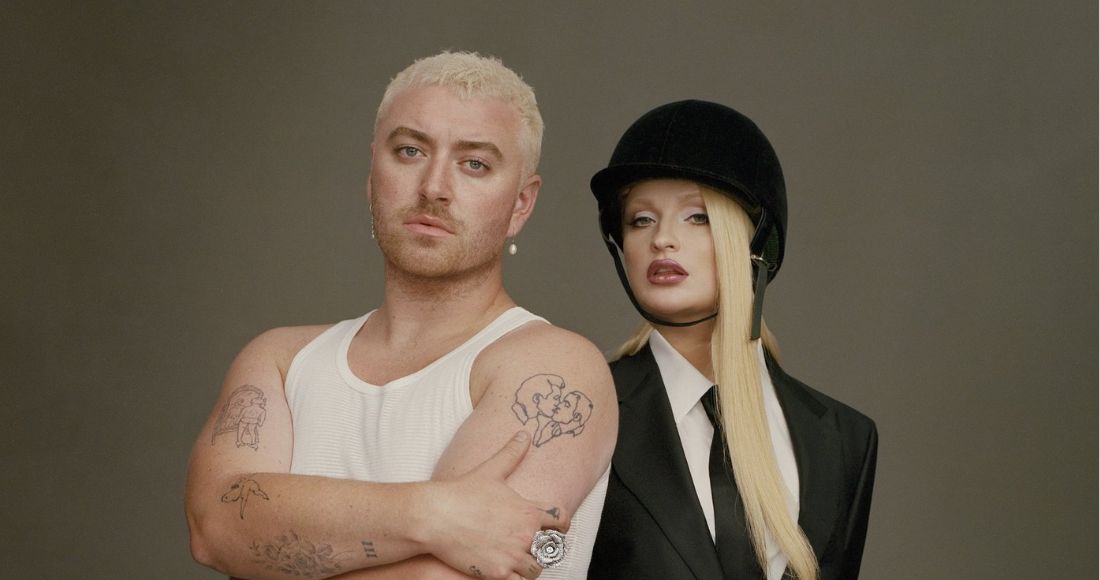 Sam Smith and Kim Petras make a divine debut at the top of the Official Singles Chart with Unholy.

Despite trailing in second place midweek behind David Guetta and Bebe Rexha, the juddering club track materialises at Number 1, racking up 5.9 million streams and gifting Sam Smith their eighth Number 1 single - putting them on par with Oasis and The Rolling Stones in the list of artists with the most UK Number 1 singles - and delivering Kim Petras her first-ever UK chart topper.

Speaking exclusively to OfficialChart.com, Sam Smith said: “It felt glorious and liberating making this record in the studio, but we had no idea the global response would be as overwhelming as it has been.

“Seeing the fans’ reactions around the world responding to the track in the same way has been completely humbling. Working with Kim has been a joy, I can’t wait for everyone to hear more.”

Kim Petras said: "I just want to say thank you Sam and thank you everyone for listening to the song!"

David Guetta and Bebe Rexha’s dance bop I’m Good (Blue) - the most downloaded song of the week - slides down to Number 2, with just 1,400 chart units between the two singles.

Elsewhere in the Top 10, there are new peaks from Chris Brown’s Under The Influence (7) and Luude & Mattafix with Big City Life (8). Steve Lacy finally sees Bad Habit (9) enter the Top 10, becoming the artist’s first Top 10 hit in the UK.

Anne-Marie & Aitch climb three to a new peak of 13 with Psycho, Beyoncé rebounds six with Cuff It which returns to its previous high of Number 14, and Burna Boy lifts to Number 20 with For My Hand ft. Ed Sheeran. Just behind at Number 21 is Lizzo with 2 Be Loved (Am I Ready) which jumps seven places.

D-Block Europe are up next with three brand new entries following the release of their new album Lap 5; 4 The Win is at 23, while Burna Boy collab She’s Not Anyone debuts at Number 30, and Conor McGregor is at Number 39. As a result the duo’s total number of Top 40 singles now stands at 26.

Rema in one of the highest climbers of the week, up seven places with Calm Down (25) and Fred again.. & Swedish House Mafia with Turn On The Lights Again (33). Alesso and Zara Larsson climb to a new high with Words (36), and indie duo Seafret return to the Top 40 with Atlantis (38).