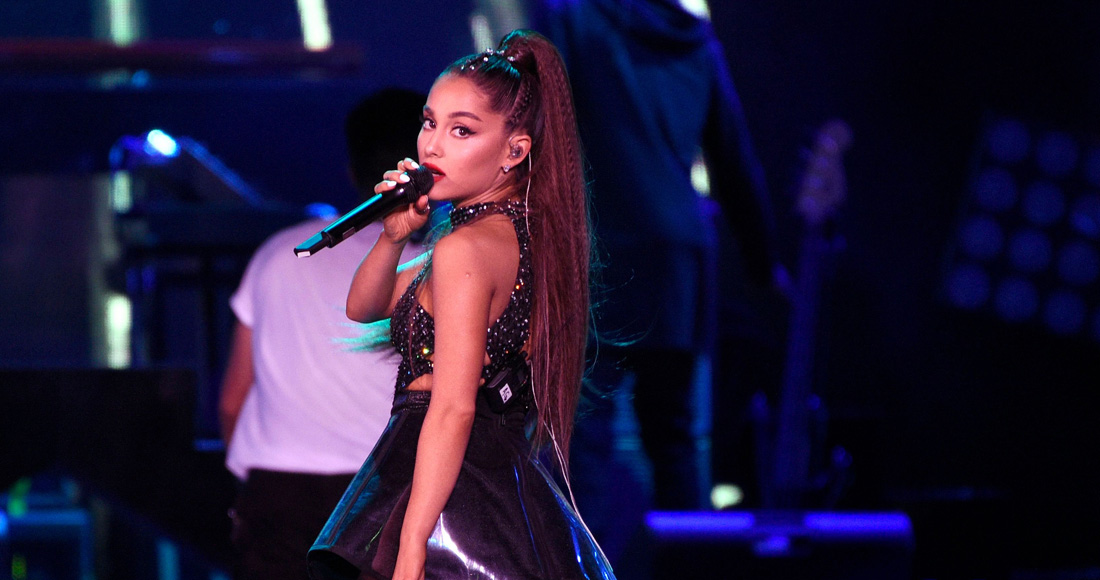 While most songwriting has elements of truth and real-life experience at its core, usually this is expressed in abstract. Sometimes, however, pop stars have something – or rather, someone – very specific in mind.

Whether it's a diss track, or a declaration of love, there's no greater honour than having a song written about you. We look at some of the big hits that took their inspiration from real people – for better or worse.

Ariana Grande - thank u, next

After a whirlwind romance, engagement and breakup, Ariana's ex Pete Davidson was quick to channel the relationship into his comedy. But in a move of exquisite pettiness, Ariana released the song thank u, next addressing the breakup (along with her other exes) moments before Pete was due to appear on his show Saturday Night Live. Rather than taking digs, it's sentiment is an uplifting one, with Ari ultimately deciding she's going to love herself for now.

Let's be honest, most of Beyoncé's sixth album Lemonade was about her marriage. The highest-charting – just missing the Top 10 – was this paradox of a tune. Laidback, summery backing track paired with Beyoncé pointedly telling Jay "they don't love you like I love you" and reminding him just how lucky he was. The video featured Beyoncé swinging a baseball bat called Hot Sauce and joyously smashing everything up. Shout-out too to Number 33 hit Sorry, also from Lemonade, for the iconic line "He better call Becky with the good hair", another jibe at Jay's alleged infidelity. See Beyoncé's entire chart archive

Justin Timberlake – Cry Me a River

Breakups, eh? While most of would probably get over it by blocking our ex on social media and throwing ourselves face-first into a vat of Pinot Grigio, pop stars tend to… write a song about it. This Britney-baiting track, complete with lookalike in the video, hit Number 2 in 2003. Britney's Everytime – a Number 1 in 2004 – is said to be her response, but while JT's track is a danceable bunch of sour grapes, Britney's is rather more contemplative and apologetic.

So if Britney wasn't to release a song to boot Justin right up the bum, who would? Well, Rachel, as it turned out. The song's co-writer Cathy Dennis wrote this as a response to Justin's whingeing, intended for Britney, but the singer declined. Her loss was Rachel's gain who, fresh out of S Club and eager for a solo banger, got her hands on it and took it to Number 2.

Carly Simon – You're So Vain

About: Just about every man in Hollywood who ever stood in the same room as Carly Simon in the 1970s

The mythology around this song is so huge, that should we ever find out its subject for sure, it could only be a disappointment. Despite widely thought of as a dig at Carly's ex Warren Beatty – let's face it, if the old smoothie were chocolate, he'd eat himself – Carly refuses to confirm, although she has released the letters included in the guy in question's name: A, E, R. But she was also married to James Taylor and that ended very badly, and he's got those letters too. Basically, it could be anyone. You probably think it's about you, don't you, don't you?

This is Mariah at her payback peak. Rather tired of persisting rumours that she had dated Eminem – which he heartily encouraged – Mariah took to the recording studio to make this zinger of a kiss-off. She even dressed up as a very Eminem-esque man in the video. It was amazing, and even though it missed the Top 40, Obsession sure hit its target. Eminem released a brutal, vitriolic comeback, entitled The Warning, that suggested he'd been ever so slightly irked by Mariah's reaction. See all Mariah's UK chart hit singles and albums

MORE: Confessional pop – the songs that bare their soul

Katy Perry – Part of Me

Katy's not averse to getting personal herself, and once her husband, comedian Russell Brand, told her it was over (by text message apparently – savage!) Katy put pen to paper to give him a good old going over. It paid off; Part of Me was Katy's third Number 1 in 2012.

What we've always loved about Pink is she's not afraid to speak her mind. First, she came for vacuous celebrities on Stupid Girls and then, on So What, she scalped… her own husband. Pink doesn't play favourites, and when she split up with motocross husband champ Carey Hart, she told him exactly why she'd so just fine without him. Not only was it a winning formula – So What went to Number 1 in 2008, Pink's third chart-topper – but the track actually brought the pair closer. Carey appeared in the video and the couple got back together! Yay!

Fleetwood Mac - Go Your Own Way

Fleetwood Mac were never afraid of airing their dirty laundry on record; and Go Your Own Way is the ultimate summation of all their spats. The songs was written by Lindsey Buckingham and sung by Stevie Nicks when the pair were an item, but their relationship was always turbulent and they eventually broke up. "I very much resented him telling the world that 'packing up, shacking up' with different men was all I wanted to do," Nicks said in an interview years later. "He knew it wasn't true. It was just an angry thing that he said. Every time those words would come onstage, I wanted to go over and kill him. He knew it, so he really pushed my buttons through that. It was like, 'I'll make you suffer for leaving me." Eek.

Courtney Love has been the muse for many a tune – Nirvana's Heart-Shaped Box, for example – but perhaps the most interesting is Gwen's stripped-back cheerleader chant Hollaback Girl, which peaked at Number 8 in 2005. Origins of their spat aren't totally clear, but it appears Gwen's now-ex Gavin Rossdale may be at the heart of it – Courtney said in an interview that she'd imagined running away with him the south of France in her autumn years. Plus, it probably didn't help Courtney said that if pop were a high school, Gwen would be cheerleader, while Courtney would be "in the smokers' shed". This explains that somewhat aggressive, high-school scrap nature of the song. Don't mess with Gwen. See all Gwen Stefani's hit singles and albums

Is this the most controversial pot shot of all time? Kanye addressed his infamous run-in with Taylor at the VMAs and subsequent hostility in this song. Taylor objected to the lyrics, only for Kanye and Kim to claim she had heard the suggested lyrics and had given her seal of approval. It ended up with Taylor's wish to be "excluded from the narrative" and her own Number 1 Look What You Made Me Do. Relive all Kanye's chart history.

Ed's 2014 single tells the story of him being cheated on by a woman who slept with someone else in the same hotel he was staying at. Juicy, right? Initially denying it was a true story, Ed later confirmed it was about Niall Horan getting it on with his one-time girlfriend Ellie Goulding. "I got over the anger the moment I wrote the song," he said "I don't feel it's about anyone any more, I'm not attached to that."

Ellie Goulding – On My Mind

This is a confusing one. Ellie denied they'd been dating, even after Ed confirmed it and released Don't. What's even more confusing is that Ellie released this single, which was assumed to be a response, and downplayed things even more… yet seemed to acknowledge they had dated? We're lost. Anyway, it's chart positions that count: Ed Sheeran's Don't peaked at 8 in 2014, while Ellie Goulding's On My Mind reached Number 5 in 2015. Ouch.