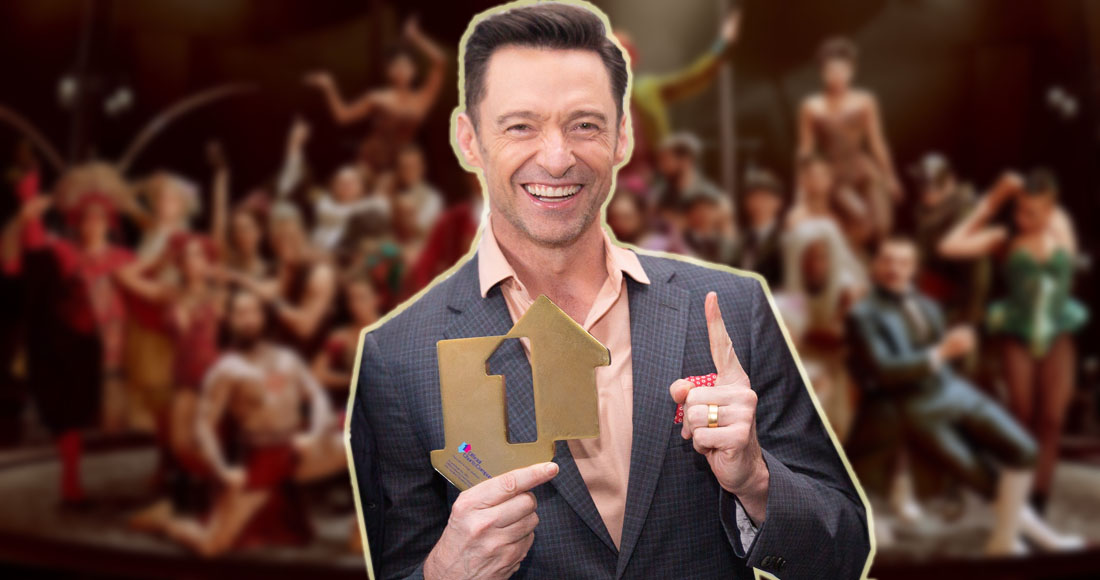 Hugh Jackman has celebrated The Greatest Showman’s record-breaking stint at Number 1 on the Official Albums Chart.

Prior to his performance of The Greatest Show at last week's BRIT Awards (Feb 20), Hugh was presented with his Number 1 Award for the chart-topping Motion Picture Cast Recording.

The Greatest Showman album has so far spent 28 non-consecutive weeks at the top of the UK albums chart so far, matching The Beatles stint with Sgt. Pepper’s Lonely Hearts Club Band.

Since its release in December 2017, the album has achieved combined sales of 1.82 million, split between 923,000 physical sales (CD & vinyl), 287,000 downloads and 782.7 million streams across all its tracks. View the most popular songs from the album in order below.

The popular album featuring the voices of Jackman, Zac Efron and Keala Settle, is the longest-running Number 1 soundtrack in 50 years, and spawned five Official Singles Chart Top 40 hits, including the Number 3-peaking This Is Me, 2018’s most downloaded single.

The Greatest Showman is also in the Top 10 albums that have spent the longest at Number 1 in history, and even claimed the honour of 2018's Christmas Number 1 album.