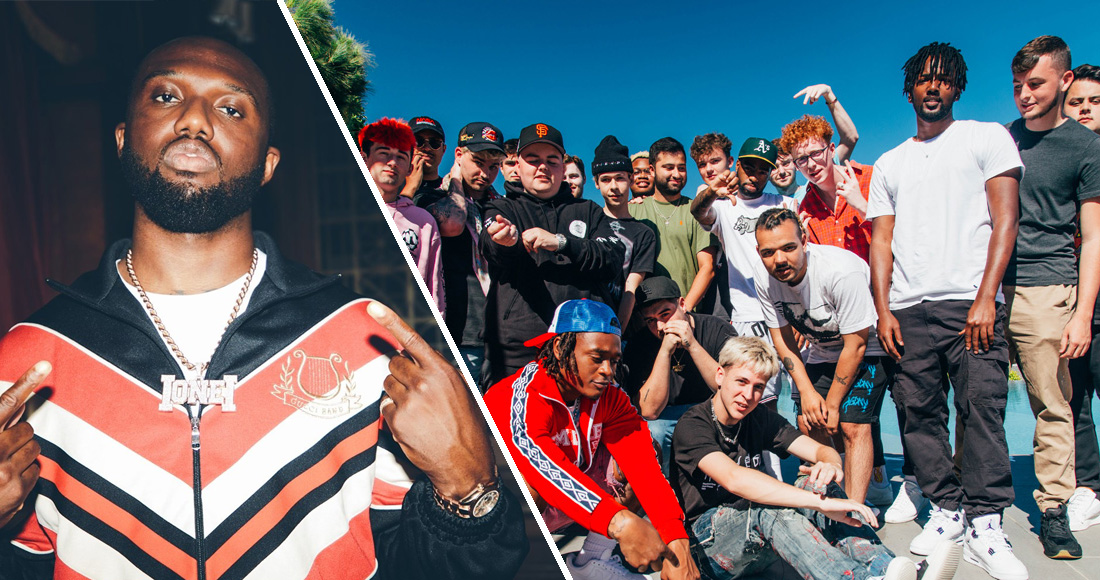 US rap collective Internet Money are also in the running for this week’s top spot with Lemonade ft. Gunna, Don Toliver & Nav, currently up one place to Number 2 and just 123 chart sales behind Headie One.

Miley Cyrus’ Midnight Sky is set to hit a new peak this week, so far up three places to Number 3, while Joel Corry’s Head & Heart ft. MNEK could return to the Top 10 following their performance on Strictly Come Dancing, currently up 12 places to Number 5.

Further down, two songs are on course to enter this week’s Top 20: Sam Smith’s Diamonds is up eight spots to 15, and Dua Lipa’s Levitating rises six to Number 16.