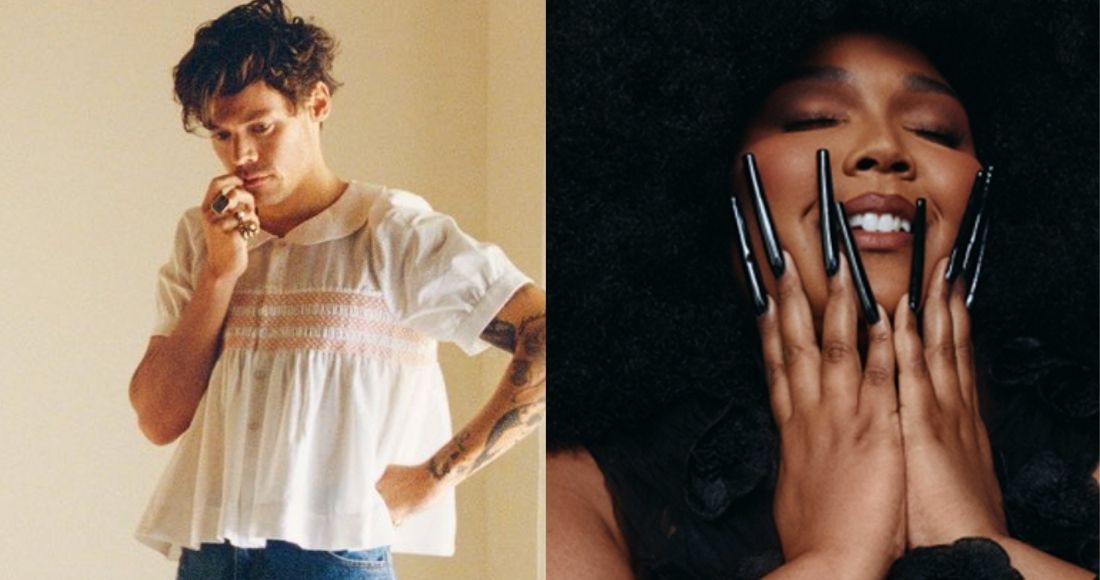 Harry Styles makes it to a mammoth six consecutive weeks at Number 1 in the UK with As It Was.

The lead single from Harry’s House once again leads the charge on the Official Singles Chart, and remains the most-streamed track in the country, with over 6.8 million streams to its name. See Harry’s Official Charts history in full here.

It was also About Damn Time for a Lizzo comeback - and she doesn’t disappoint. Lizzo today gains her second UK Top 10 hit as About Damn Time rises up 11 to a new peak of Number 4 bolstered by the song’s viral dance trend on TikTok. Can it rise higher next week, and maybe even challenge her bestie Harry for Number 1?

Outside the Top 10, David Guetta, Ella Henderson and Becky Hill continue to rise with Crazy What Love Can Do up two (15), Lauren Spencer-Smith’s Flowers skips up one (18) and Latto, Mariah Carey and DJ Khaled inch one step closer to cracking the Top 20 with Big Energy (21).

Ahead of the release of his new album Mr Morale & The Big Steppers today, Kendrick Lamar’s taster single The Heart - Pt. 5 debuts at Number 24, giving the acclaimed rapper his 17th Top 40 hit.