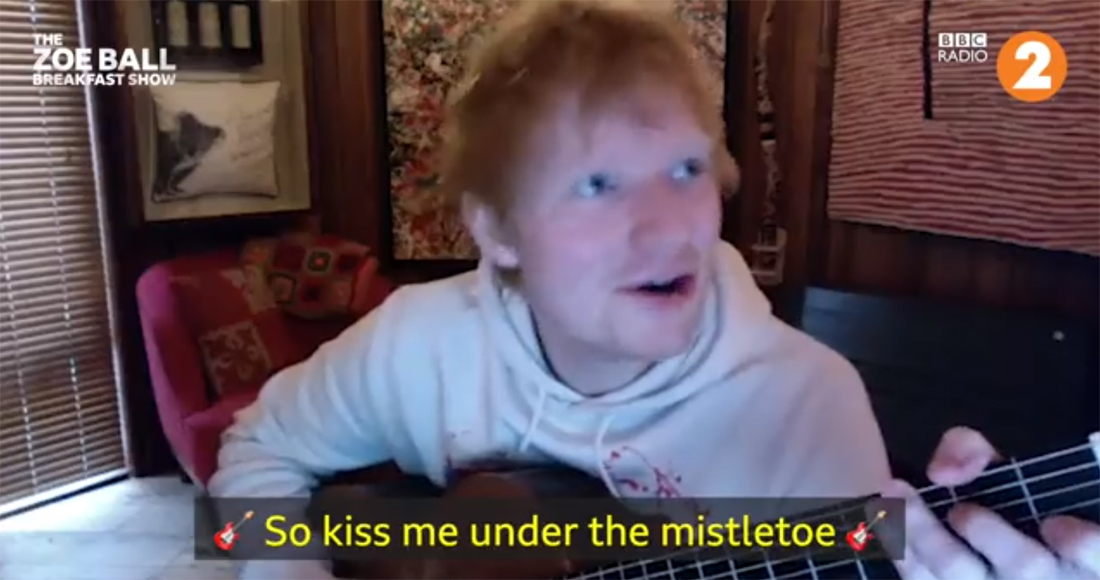 Ed Sheeran has given a sneak preview of his upcoming Christmas single, which is a duet with Elton John.

Ed previously revealed that he has recorded a festive song with Elton after being approached by the music legend last year.

During an "Ed Sheeran hour" with Zoe Ball on BBC Radio 2 today to celebrate the release of his new album =, Ed performed a section of the track live with his guitar.

"There's loads of sleigh bells on it and it sounds a lot more Christmassy than that," he said afterwards of the currently untitled song.

Ed then admitted he is less precious about keeping his new songs locked away until their release, explaining: "A song like Shape Of You I kept secret for so long, but with Bad Habits, I was like, 'why can't I leak little bits of it?'. Nowadays, I think it just gets people excited for the tune."

Here's what happened when Zoe Ball asked @EdSheeran for a sneak peak of his Christmas Duet with Sir Elton John, live on @BBCRadio2. pic.twitter.com/sF14O202p7

Ed has plenty of experience landing a festive hit, scoring the Official Christmas Number 1 in 2017 with Perfect, which was boosted to the top thanks to a very festive music video. Meanwhile, Elton's 1973 Step Into Christmas has entered the Top 10 for the past two festive seasons.

News of the collaboration means Ed and Elton are a strong contender for this year's Official Christmas Number 1. This year's chart race kicks off on December 17, with the Number 1 announced on December 24.

This year, Official Charts has joined forces with Nine Eight Books to bring the first-ever official guide to every Christmas Number 1 single in history. The Official Christmas No.1 Singles Book is available now at Waterstones, Amazon, WHSmith*.