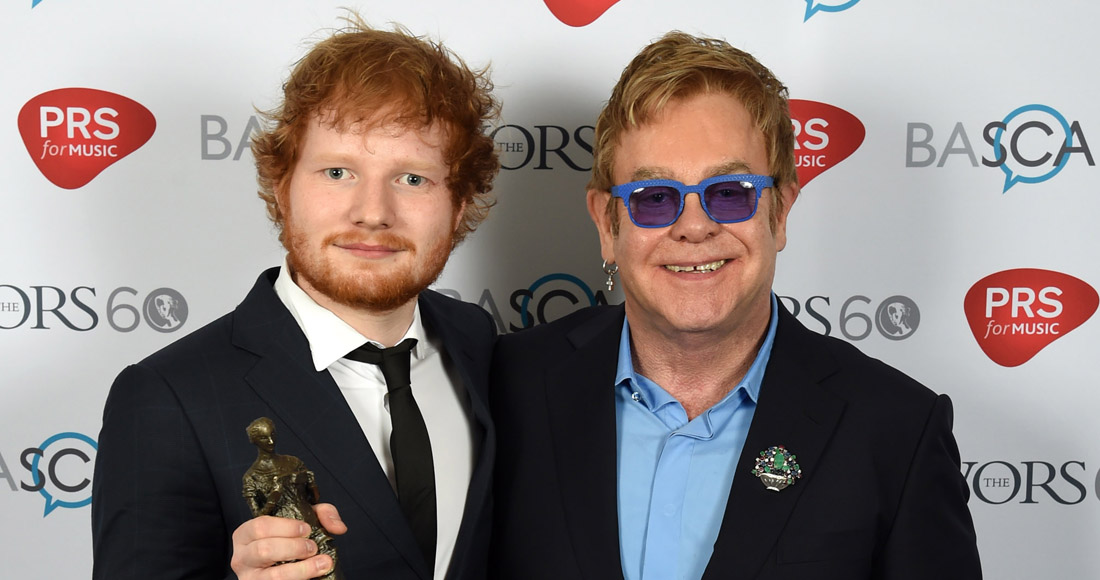 Ed Sheeran has confirmed that he will be releasing a new Christmas single with Sir Elton John.

Ed revealed the news during an interview with NPO Radio 2 in the Netherlands, explaining that Elton had reached out to Ed last year after he discovered his festive classic Step Into Christmas had entered the Top 10 on the Official UK Singles Chart for the first time.

"Elton rang me on Christmas Day to say Merry Christmas. Elton rings me almost every single day. He said, 'Step Into Christmas is Number 6 in the charts! I want to do another Christmas song - will you do it with me?

However, after first recording the song, Ed admitted: "I didn't feel like it suited me," but ultimately changed his mind.

"You don't know if you'll still be there tomorrow, everything can change overnight," he said. "I may not be here tomorrow. Why shouldn't I grab this opportunity?"

Ed also has plenty of experience landing a festive hit, scoring the Official Christmas Number 1 in 2017 with Perfect, which was boosted to the top thanks to a very festive music video.

News of the collaboration means Ed and Elton are a strong contender for this year's Official Christmas Number 1. This year's chart race kicks off on December 17, with the Number 1 announced on December 24.

This year, Official Charts has joined forces with Nine Eight Books to bring the first-ever official guide to every Christmas Number 1 single in history. The Official Christmas No.1 Singles Book is released on October 28 and is available to pre-order now at Waterstones, Amazon, WHSmith*.

Official Chart followers who pre-order the book through Waterstones by October 27 can claim 20% off using the code: XmasNo1