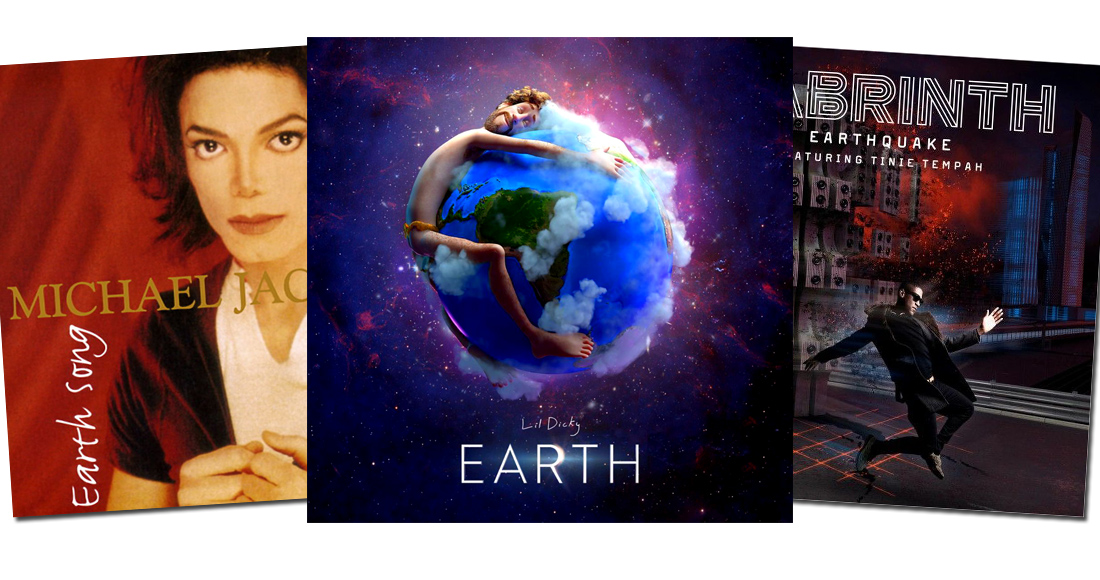 April 22 marks Earth Day, a day where millions across the world draw attention to the huge challenges facing the planet.

It's also a popular theme in pop; from artists singing hoping to bring peace on earth, to highlighting the climate crisis or musing about our brief time on the planet.

31 'earth'-related singles in the Official Chart's 75-year history have reached the Top 40, with two hitting Number 1: Michael Jackson's socially conscious Earth Song in 1995, and Belinda Carlisle's breezy pop anthem Heaven Is A Place On Earth in 1987 (a trance cover by dance outfit Soda Club released in 2003 also features in the list).

Four songs about Earthquakes have hit the Top 40, led by Labrinth's Number 2 hit Earthquake ft. Tinie Tempah in 2011, while the similar (or possibly not) 'Feel The Earth Move' features twice with two Top 10 classics from Carole King and Martika.

Elsewhere, U2 and Jamiroquai each have two entries with songs about the planet, and the most recent entry comes from comedian/rapper Lil Dicky - his single Earth was released in aid of Earth Day in 2019, and features 30 A-list cameos in the music video including Justin Bieber, Ariana Grande and Miley Cyrus.

Every 'Earth' song on the Official Singles Chart Top 40