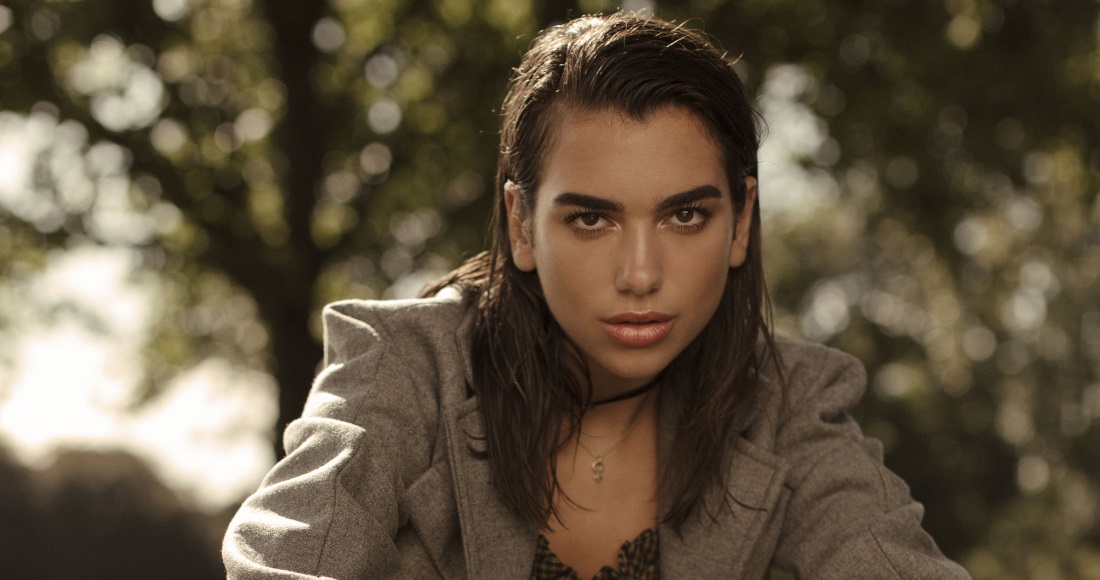 One kiss will seal the deal at the Royal Wedding, so it's only fitting that One Kiss should be Number 1 this week!

Dua Lipa and Calvin Harris celebrate a fifth week at the top with their catchy collaboration, keeping Drake, Ariana Grande, Lil Dicky and Anne Marie at bay for another seven days.

Childish Gambino – alter ego of actor Donald Glover – gets his second Top 10 hit in the UK as This is America rises to 6, while David Guetta lands a 23rd with his Sia collaboration Flames.

Shawn Mendes makes this week's biggest leap, as In My Blood courses 11 places to Number 10, and Liam Payne breaks the Top 20 with Familiar, featuring J Balvin, advancing five slots to 20.

Following the release of fifth studio album Tranquility Base Hotel + Casino, Arctic Monkeys score three new Top 40 hits, with Four Out of Five (18), Star Treatment (23) and One Point Perspective (26), and Rita Ora's Girls, an all-star team-up with Cardi B, Bebe Rexha and Charli XCX, is new at 22.

Further down the Official Singles Chart Top 100, a slew of Eurovision entrants take up position following last weekend’s televised song contest. Israel’s winning song, Toy, by Netta leads the pack at 49, UK representative SuRie is at 50 with Storm, while Cyprus’s entry Eleni Foureira earns herself a slot at  64 with Fuego.