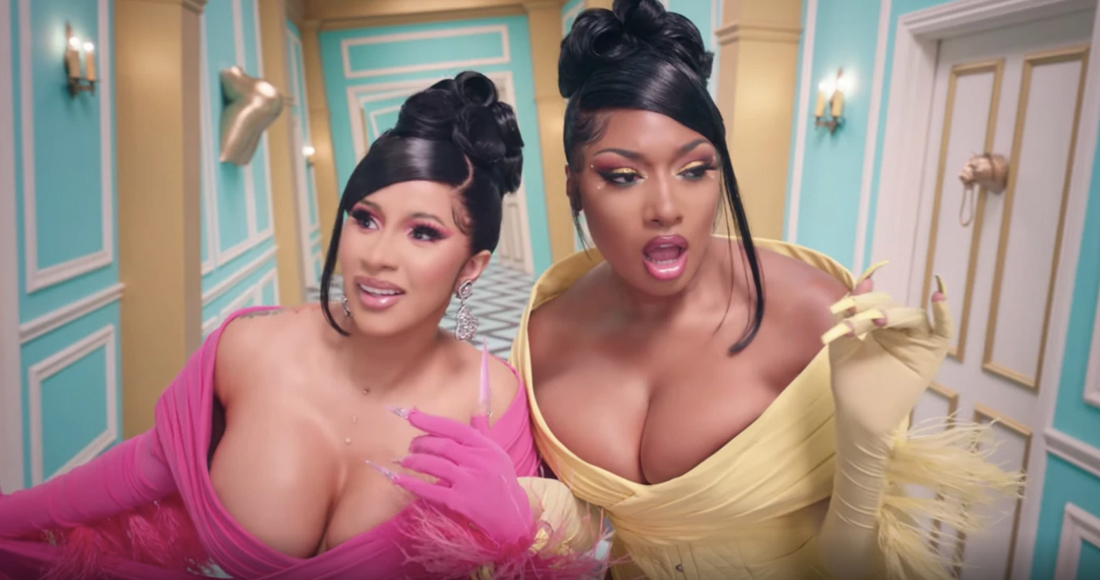 Cardi B and Megan Thee Stallion each celebrate their first UK Number 1 today as WAP takes the top spot on this week’s Official Singles Chart (Sept. 4).

After two weeks in the runner-up slot, WAP lifts from 2 to 1, notching up 65,000 charts sales – including 8.5 million streams – to take the crown. The track also marks the first ever female rap collaboration to go to Number 1 in the UK.

Cardi’s previous best on the UK chart was with Bruno Mars collaboration Finesse, which landed at Number 5 in 2018. For Megan, she tops the success of Savage, which peaked at Number 3 back in May.

WAP is only the second female-led single to reach Number 1 in the UK this year, following Lady Gaga’s Rain On Me ft. Ariana Grande in May. Before that, the last all-female collaboration to reach the summit with Jessie J, Ariana and Nicki Minaj’s Bang Bang in September 2014.

Elsewhere, rising star Tate McRae continues to climb with You Broke Me First, up nine places to 22, and Nines’ Airplane Mode ft. NSG vaults 19 rungs to 25 following the release of his newly-crowned Number 1 album Crabs In A Bucket, marking his highest charting single to date.