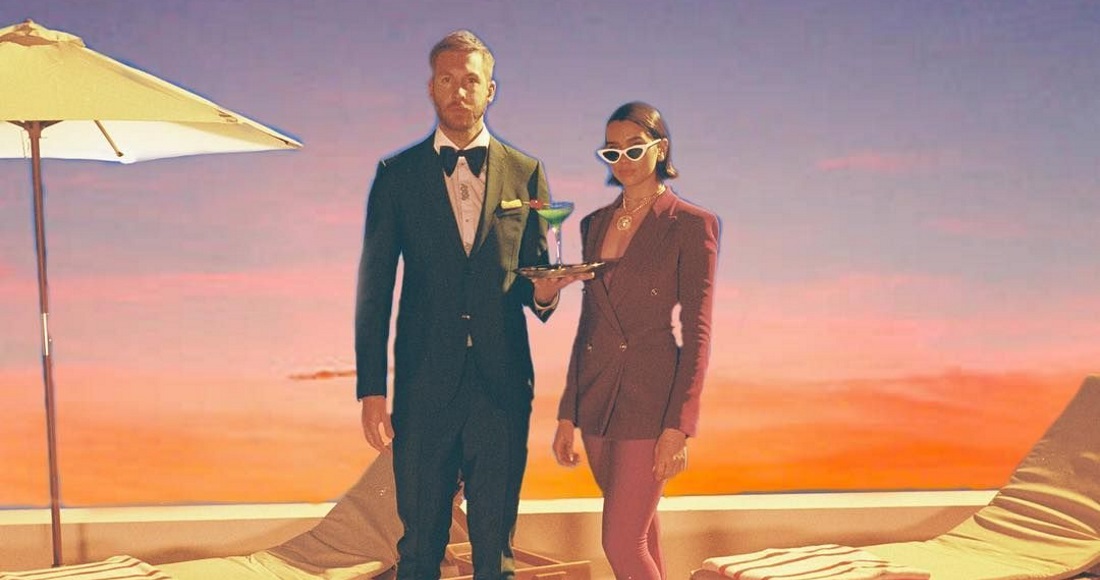 In very exciting news, Calvin Harris and Dua Lipa are set to reunite this Friday on a new track called Potion, the first release from the Scottish DJ's long-awaited Funk Wav Bounces Vol. 2.

It'll be the first time Calvin and Dua have jumped on the same track since the mighty One Kiss - the summer anthem that hit Number 1 on the Official Singles Chart in the UK, becoming Calvin's ninth (!) and Dua's second chart-topper in the UK respectively.

To celebrate the release of the track this Friday (May 27), Calvin uploaded a TikTok showing the behind-the-scenes of the making of the track, featuring a FaceTime cameo by Dua agreeing to collaborate again.

We also get a little taster of the track itself - a funk-inspired (obviously) post-disco number, where Dua recounts the potion for love; "Late night conversations, electric emotions / Sprinkled with a little bit of sex / and that’s a potion..."

One Kiss was a mammoth hit for both Calvin and Dua - the psychedelic electro-pop track kept its lips locked at the top of the Official Singles Chart for a massive six weeks, and was officially crowned *the* biggest single of 2018.

Earlier this year, Calvin began teasing that his sixth official studio album would be arriving in Summer 2022 - as the follow-up to 2017's Funk Wav Bounces Vol. 1, which contained collaborations with the likes of Migos, Ariana Grande and Frank Ocean.

As for the caliber of artists Calvin will be recruiting for Vol. 2, that's a secret that's guarded better than Fort Knox, but fans have begun to suspect that Calvin will be teaming up with ultimate pop hun Jade Thirlwall for a track, which would quite handily kickstart Jade's burgeoning solo career following Little Mix's extended hiatus (sad face).