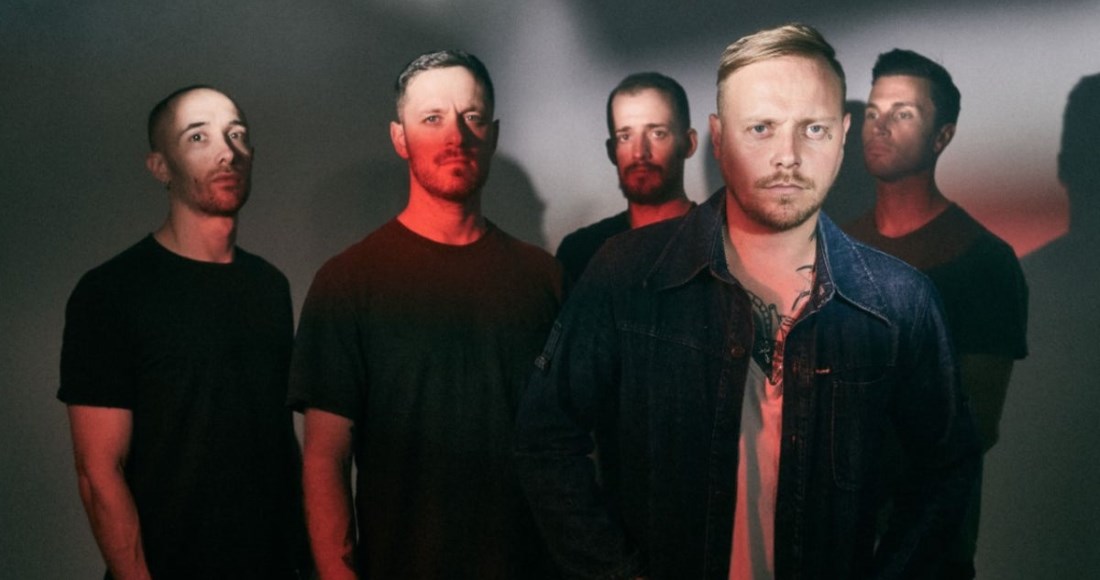 Architects claim their first Number 1 on the Official Albums Chart following an exceptionally close race for this week’s top spot which sees an all-new Top 5.

The Brighton metalcore band’s ninth album For Those That Wish To Exist finishes the week just 550 chart sales ahead of their closest competition, Maximo Park and their new record Nature Always Wins (2).

For Architects, it’s not only their first chart-topper, but first Top 10 album too; their previous peak was Number 15 with 2016’s All Our Gods Have Abandoned Us. View Architects’ Official Chart history here.

Celebrating the news, and paying tribute to their late bandmate Tom Searle, singer Sam Carter told OfficialCharts.com, “I cannot begin to tell you how much this means to us. Thank you to every single person who bought this record. We love you so much and we could not have done this without you.

"To have an album that connects this much, with what we’re talking about - trying and pushing for a better world - it’s unbelievable. As ever, everything we do is for Tom Searle, our brother.”

For Those That Wish To Exist is Architects’ sixth Number 1 on the Official Rock & Metal Albums Chart, and is the week’s best-selling album on vinyl and top seller in independent record shops.

For Maximo Park, Nature Always Wins becomes their first Top 10 album in seven years, since 2014’s Too Much Information, and matches their previous peak earned with 2007’s Our Earthly Pleasures.

Maximo Park will be discussing the album on the next episode of The Record Club in association with Bowers & Wilkins on March 10. The Record Club is a collaborative livestream project between Record Store Day, Official Charts and National Album Day, as a way to support independent record shops.

At Number 3, West London rapper Digga D lands a new chart peak with Made In The Pyrex, the most streamed release of the week. This marks the highest charting project to date for a millennium-born UK rapper, and the highest-charting independent UK Drill project on the Official Chart so far.

Further down, the White Stripes’ Greatest Hits becomes their fifth Top 40 at Number 12; Billie Eilish’s When We All Fall Asleep, Where Do We Go? flies 14 places to Number 16 following the release of her Apple TV documentary The World’s A Little Blurry; and Neil Young & Crazy Horse live album Way Down in the Rust Bucket debuts at Number 18, Neil Young’s 42nd Top 40 album.

PJ Harvey’s 2000 album Stories From The City, Stories From The Sea lands at Number 27 following a vinyl reissue, and Madison Beer’s debut studio album Life Support enters at Number 28. Finally, Becky Hill’s Get To Know mini-album rises six places to Number 36 to return to the Top 40 for the first time since October.