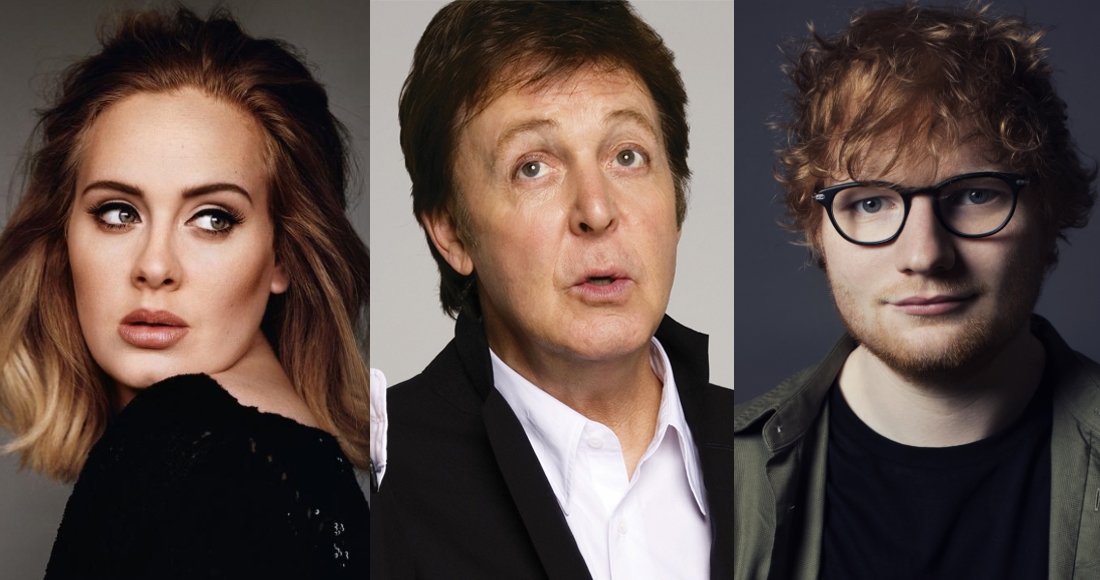 The Sunday Times have revealed the wealthiest musicians in the UK on the 2019 Music Rich List, with Ed Sheeran climbing the charts after doubling his wealth in just one year.

Ed is now the 17th richest UK musician with an estimated worth of £160m, joint with Queen legend Brian May. He’s believed to have earned more in a single year than any other musician in history after racking up £340.5m across 94 gigs played to 4.86 million people across the world.

Robert Watts, who compiles The Sunday Times Rich List, said: “A perfect year for Ed Sheeran has seen the flame-haired singer-songwriter earn more than any other musician has ever done in a year. “Modest, hard-working and still only 28 we believe he has the potential to become the first British musician to reach billionaire status.”

Ed, who had three of the Top 40 biggest songs of 2018, now tops the Young Musicians Rich List ranking the biggest fortunes of individuals under 30. Adele, who topped the Young Musicians List last year, comes in at 22 making her the wealthiest female musician on the list.

Lord Lloyd-Webber tops the overall musicians list, with his wealth rising £80m to a whopping £820m in the last year, while Sir Paul McCartney and Nancy Shevell take second place with £750m. Sir Paul and Nancy are the only artists named to have lost wealth, though this is due to non-musical factors.

The Young Musicians Rich List is dominated by the five members of One Direction, notably with Harry Styles coming in second place (£58m).

See the full Sunday Times Rich List from Sunday May 12 on thesundaytimes.co.uk/richlist2019