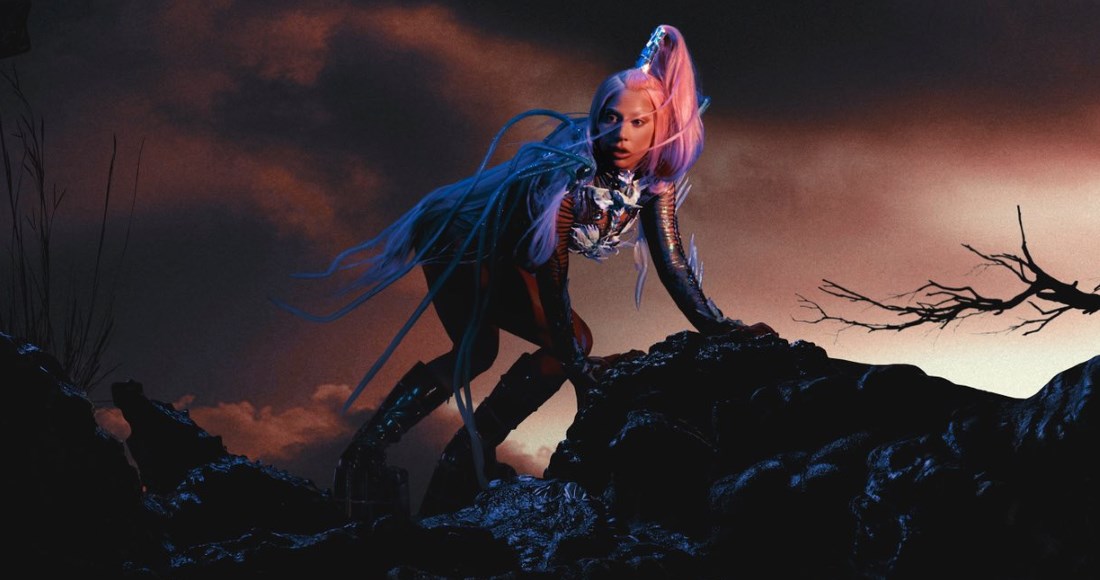 As the coronavirus crisis develops and lockdown continues, many music acts are postpone album releases they had scheduled in for the coming months.

Another big factor is HMV's absence from the high street; they temporarily shut their doors from March 22 and are operating online only. Read HMV's full statement here.

HMV, along with major supermarkets, are among the leading retailers for CD and vinyl in the UK. Supermarkets have stated they are currently not prioritising entertainment products in their shops.

Independent record shops are being hit even harder, with many across the UK facing permanent closure. We recently launched our Indie Record Store Finder to show you which local record shops are offering online delivery.

Below is a list of albums that have been rescheduled due to the coronavirus crisis.

The quarterly release of a new Now! compilation has been affected by the coronavirus pandemic, originally slated for release on April 18. A statement from Now Music said they have delayed the release of the 105th edition of is series (and the accompanying reissue of Now 5) due to retailers "understandably not prioritising entertainment products at this difficult time". Click here to view the full tracklisting.

The 1975 were originally scheduled to release Notes On A Conditional Form in May 2019, but revised plans meant the album was pencilled in for February 2020 instead. Ensuring the vinyl was ready saw the album be pushed back to April 24, and now due to Coronavirus, the band's fourth studio album will be coming out on May 22.

Lady Gaga's sixth album was due out on April 10 but has been postponed until May 29. "It just doesn't feel right to me to release this album with all that is going on with this global pandemic," she said in a statement. "Instead I prefer that we spend this time focusing on finding solutions." Gaga's run of Vegas shows between April and May have been called off, though her Chromatica Ball shows this summer are still on schedule.

Gaga has unveiled the tracklisting, including collaborations with Ariana Grande, Elton John and Blackpink.

Four Prince titles were to arrive on vinyl for the very first time on April 17 have been pushed back by over a month.

One Nite Alone..., the 4 LP set One Nite Alone…Live! and the double LP One Nite Alone: The Aftershow…It Ain't Over! will be pressed on Prince's signature purple wax, while The Rainbow Children will get a crystal clear pressing.

Available on streaming and for download currently, the physical versions of Christine and the Queen's latest offering are out May 29, pushed back from April 10. The EP will be released on CD and crystal clear pink vinyl.

Another album already out but still awaiting its vinyl release, posthumous Mac Miller album Circles was originally slated for April 24 on coloured plastic, but will now be out on May 29.

First announced for April 3, Spanish garage band Hinds will now release their third studio album The Prettiest Curse in June. The female quartet have reached the Official Albums Chart Top 100 with their first two records - will it be third time lucky for a Top 40 appearance?

BRITs Critics' Choice winner Jack Garratt will return with his second studio album soon, four years after his debut album was released. In the interim, he's produced a song for Katy Perry and recorded another album he scrapped entirely. Originally set for May 29, his fans won't have much longer to wait for Love, Death & Dancing which will now arrive two weeks later on June 12.

Podcast queen Jessie Ware will be hoping for her fourth consecutive Top 10 album when What's Your Pleasure? is released on June 19, two weeks later than the initially announced June 5. The record features the lead single Spotlight and new track Ooh La La.

Haim have pushed back the release of their third studio album, which was originally due out on April 24. In a statement online the trio said the record will be out "later this summer". "This wasn't an easy decision for us all," the said. "We can't wait to reschedule everything we had in mind for you all and we can't wait to see you on the road when it's 100% safe to do so. In the meantime, we are going to be dropping some new tunes."

Amazon, Banquet Records and HMV then listed the album as an August 21 release, but now the band have officially confirmed Women In Music Pt. III will be out earlier than that on June 26.

UK metalcore group Asking Alexandria will still be releasing their sixth studio alum Like A House On Fire on May 15 for download and streaming, but the CD and vinyl variants are now delayed to June 26 according to Amazon, Banquet Records and HMV.

Synth pop icons Sparks scored their first Top 10 album in over 40 years with 2017's Hippopotamus. Follow-up A Steady Drip, Drip, Drip will still be released digitally as originally planned on May 15, but the physical formats are pushed back until July 3.

Fans of country music legend Willie Nelson will have to wait a little longer to hear his new album. First Rose of Spring was originally due on April 24 but will now come out on July 3.

American-Canadian singer Rufus Wainwright will be looking to scoop a sixth UK Top 40 album with Unfollow The Rules. Initially set for April 24, Rufus' first album of original material in eight years, and first with BMG, will now be out on July 10.

"I truly wish we were in a different world where the entire album was coming out as intended," Rufus said on Twitter. "The CDs and vinyl LPs of my new album are stuck in the warehouse as they had to shut down," he continued. "You know I am an old school guy and for me the physical product is extremely important."

Sydney trio DMA’s have announced their new album will not arrive on April 24 as previously scheduled. "Due to everything that’s going on, we have had to postpone its release,” the band said. “All pre-orders will be honoured and sent out for the new date, and despite the delay [in] the release, we will have new music for you soon – stay safe."

Rising pop soul singer Rhys Lewis was set to release his debut album on April 24, but moved Things I Chose To Remember's launch date to July 10. "The coronavirus issue takes full priority," said Rhys on Twitter, explaining that "there were some things we wanted to do for the album that we can't do right now."

The Pretenders - Hate For Sale

The Blinders - Fantasies of a Stay at Home Psychopath

The interestingly titled third record from the Doncaster alt-rock band has been moved from May 8 to July 17. "We hope that the album will now be released at a time when it can fully be enjoyed and celebrated by everyone in the way we all hoped," the band said on their Facebook page.

Irish group The Coronas has delayed their latest album - originally pencilled in for May 29 - by two months. The album features the singles Find the Water, Haunted and Cold, plus a collaboration with Gabrielle Aplin.

Rock veterans Deep Purple were due to release their 21st studio album Whoosh! on June 12 but have postponed the release by two months to August 7. With a chart history spanning 50 years, Deep Purple scored their first UK Top 10 album in 30 years with their last album Infinite in 2017.

London singer-songwriter Declan McKenna confirmed the "pretty jarring" decision to delay his second studio album Zeros from May 15 to August.

JARV IS - Beyond The Pale

The debut album from Jarvis Cocker's new project has been pushed back four months from its original May 1 release date.

Roachford - Twice in a Lifetime

Famous for his Top 5 hit Cuddly Toy from 1989, Roachford is back with Twice in a Lifetime, his first album with BMG. His album was moved back five months, and will now be put out on September 11.

Alanis Morissette - Such Pretty Forks In The Road

Alanis' ninth studio album and first in eight years was originally scheduled for May 1. Fans can now expect to see it released in September, due to the pandemic. Alanis said in a statement that "it feels best to press pause" and that the album "is still coming & in motion."

The Killers - Imploding The Mirage

The Killers' sixth studio album was set to come out on May 29, and while the band's official store lists that date still, a press release states that the record "will be receiving a new release date in the coming weeks due to delays in finalizing the album".

Sam has used this unusual period to rethink their upcoming third album, which was originally titled To Die For but will now be renamed. "I have done a lot of thinking the last few weeks and feel that the title of my album and its imminent release doesn't feel right," they said. "I've come to the decision to continue working on the album and make some important changed and additions." No word on the new title or a release date, but Sam assured it will be out this year and they will continue to release music in the coming months.

Set for March 20 initially and then May 15, Alicia tweeted about the delay of her album and tour on its supposed release date, saying that "everyone’s health and safety is the #1 priority! Thank u for ur deep love, I’ll let u know about new dates soon. Stay powerful! I adore u."

Similarly to Lady Gaga, Amazon has changed the release date to the placeholder of December 31, 2020.

OneRepublic frontman Ryan Tedder told us in an interview that they plan to release two albums in 2020, with new record Human dropping in the near future. The band's fifth studio album won't be arriving as soon as expected now however. Originally set for May 8, Human has been postponed "due to the current circumstances requiring us to distance ourselves from each other and you."

The band are using the self isolation process to make new music, with current single Better Days written and recorded during lockdown as an impromptu addition to the album.

Originally pencilled in for May 15, a new release date for the iconic rock group's fifteenth is yet to be determined. Frontman Jon Bon Jovi told Howard Stern in an interview that he "wrote a new song, because of this pandemic, that I’m gonna add to the record, now that that’s delayed."

Country pioneers Dixie Chicks were due to drop their latest record Gaslighter on May 1, but plans were shelved for the foreseeable future. The trio's first album in 14 years is now listed as TBA. Sad news of the postponement, but the band announced it with a pretty funny video on social media.

Scheduled for release on April 24, the vinyl pressing of Liam Gallagher's recent MTV Unplugged live album has been delayed, Liam announced on Twitter.

The biggest boyband in the Latin-pop world have announced they are delaying their upcoming third studio album. In a livestream, the band said the album - which was expected as early as this month, is postponed as they are unable to finish recording.