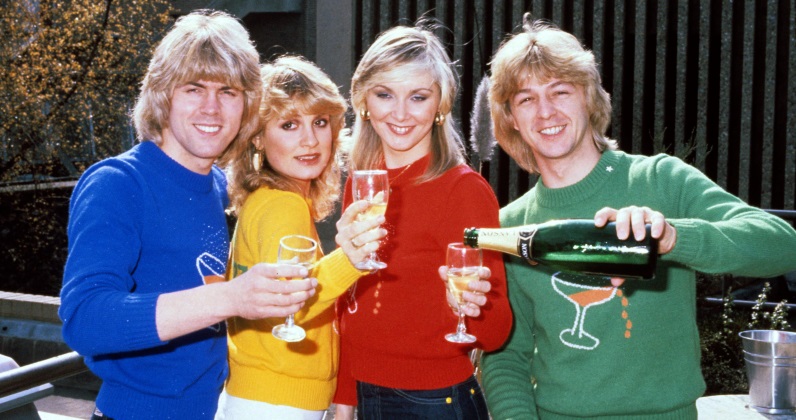 Bucks Fizz were a British pop group who were specifically formed in 1981 to enter the Eurovision Song Contest, and originally consisted of vocalists Bobby G (born Robert Alan Gubby, in Epsom, Surrey on August 23, 1953), Cheryl Baker (born Rita Maria Crudgington in Bethnal Green, London on March 8, 1954), Mike Nolan (born December 7, 1954 in Dublin, Republic of Ireland) and Jay Aston (born May 4, 1961 in Purley, Surrey). Bucks Fizz’s song Making Your Mind Up managed to win the contest as well as giving the group their first of three UK Singles Chart Number 1s and making them one of the biggest turns of the 1980s. Bucks Fizz started to wobble slightly when Jay Aston left the band in 1985, and her replacement Shelley Preston fled within the year, and fizzled into disputes over their name, with Bobby G suing the others who’d repaced him with Dollar singer David Van Day, and then had to rename themselves Bucks Fizz starring Mike Nolan and featuring David Van Day, and then it became David Van Day's Bucks Fizz Show, and it all got a bit confusing. Anyway, Nolan, Aston and Baker are now reunited and recording as The Fizz. Phew.