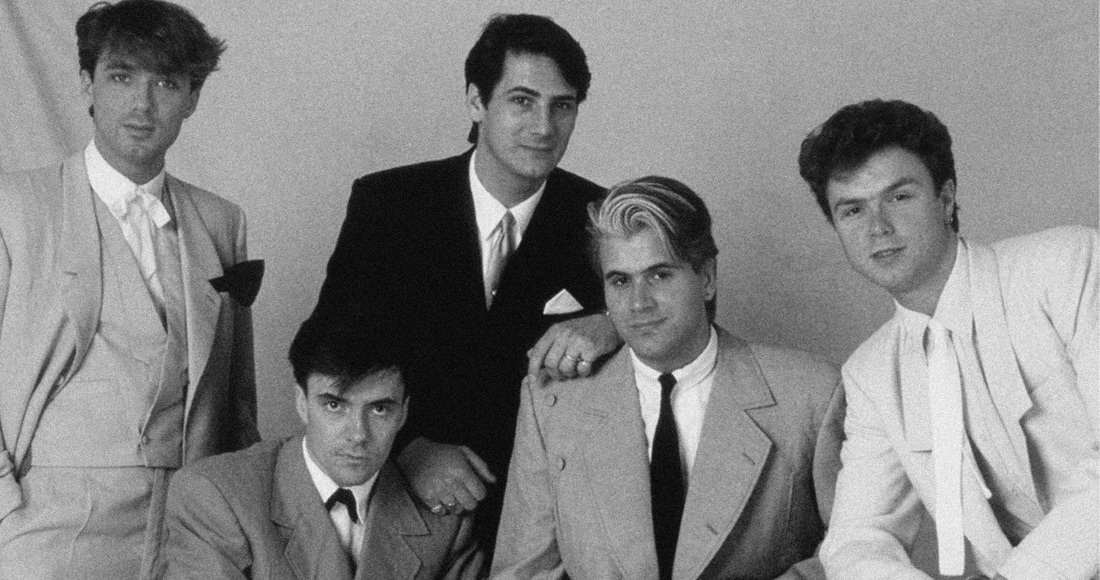 Spandau Ballet were new romantic pioneers in the early Eighties, before maturing into Top 10 regulars during 1983 and 1984. The London outfit comprise members Tony Hadley, Gary Kemp, Martin Kemp, Steve Norman & John Keeble. Spandau's highest-charting single in the UK was True, spending four weeks at Number 1 across April and May 1983. Another huge UK hit for them, Gold, stalled at Number 2 for two weeks on the bounce, blocked from the chart summit by KC & The Sunshine Band's Give It Up.