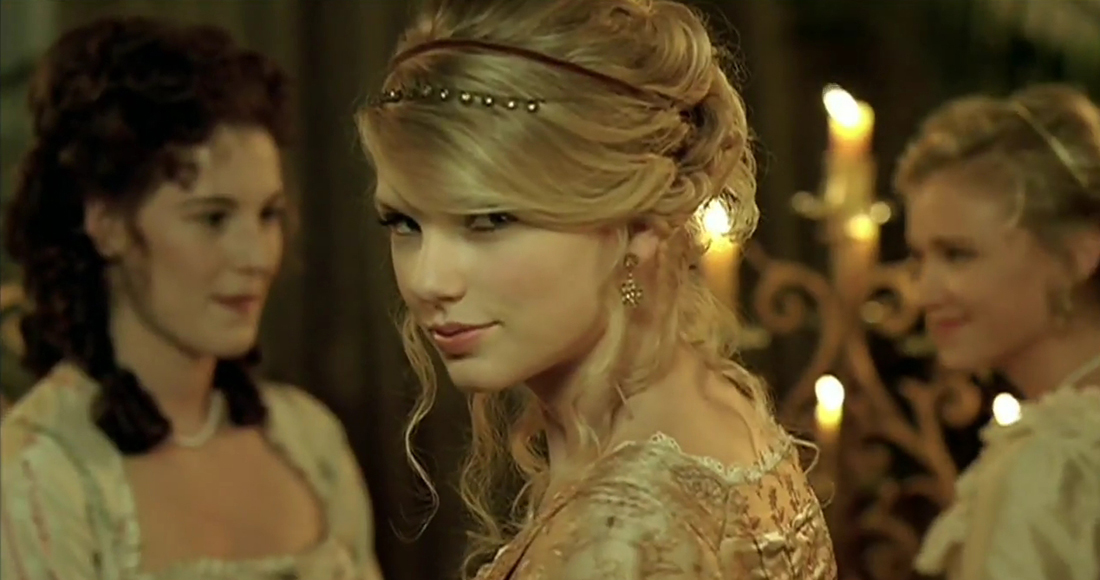 Given music featured so heavily in William Shakespeare's plays, it’s no surprise that it has long been a source of inspiration in pop music – whether it’s direct quotes, borrowing the themes of his work or even a mention of The Bard himself.

Below are some the biggest chart hits to reference Shakespeare and his work.

With some not-so-subtle references to The Bard’s tragic tale of star-crossed lovers, it seems only right to start with Taylor’s breakout single Love Story, which sent her to Number 2 in 2009. From Romeo being told to “stay away from Juliet” to sneaking around and the terrifying wait to meet up at the end. At least there’s a happy ending to this one!

This track became Dire Straits’ second Top 10 single when it reached Number 8 in 1981. Another single directly referencing the play throughout with character names, Frontman Mark Knopfler took inspiration from Shakespeare in this song about unrequited love.

Arctic Monkeys – I Bet You Look Good on the Dancefloor

Another breakout single featuring a reference to Shakespeare’s tragic love story (spotting a theme yet?), I Bet You Look Good On The Dancefloor debuted at Number 1 in October 2005, featuring the lyrics “there ain't no love, no Montagues or Capulets, just banging tunes and DJ sets”.

“If I had Shakespeare’s way with words, I would write a sonnet, put your name upon it” is truly a lyric for the ages. The second – and final – release by Popstars: The Rivals winners One True Voice, this summery bop was about struggling to put into words how you feel about someone, wishing they only had Billy’s writing prowess… and obviously referring to themselves as Romeo trying to woo their Juliet. It peaked at Number 10 before the group parted ways.

The title of Mumford’s hugely successful debut album and its title track is lifted straight from Much Ado About Nothing. Within the lyrics of the song, several lines are pulled from the play and re-purposed; in Roll Away Your Stone, also on the album, the band references Macbeth. “You can rip off Shakespeare all you like” singer Marcus Mumford once told the Evening Standard, “no lawyer’s going to call you up on that one.” He's got a point.

Iron Maiden – The Evil That Men Do

The heavy metal outfit reference Julius Caeser in this 1988 Number 5 single, from Mark Antony’s Friends, Romans, Countrymen speech. Frontman Bruce Dickinson would often intro the track during live shows with “The good that men do is oft interred with their bones, but the evil that men do lives one”, reversing a line from the speech. View Iron Maiden's Official Chart history in full here.

Spandau Ballet - Through the Barricades

Shakespeare's greatest love tragedy, Romeo & Juliet, is referenced again, this time in Spandau Ballet's 1986 single. Through the Barricades tells the story of a relationship between a Catholic and Protestant set around the backdrop of troubled Northern Ireland in the 80's. Lyrics such as "Hearts go to their graves" suggest the people in the song suffered a similarly tragic ending, but there was cause for celebrating for the track itself, peaking at Number 6 on the Official Singles Chart.