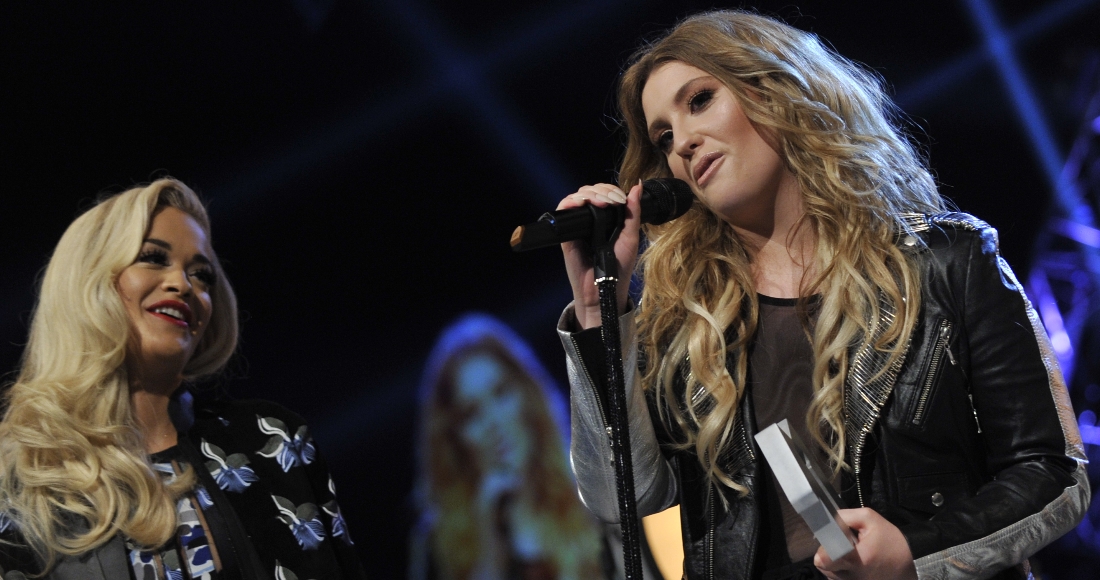 Chapter One, which features Official Singles Chart Number 1 Ghost, as well as Top 10 follow up Glow, finishes the week over 16,000 copies ahead of its nearest rival, as well as becoming the second fastest-selling female debut chart-topper of 2014 behind Sam Bailey’s Power Of Love.

“To be a part of the music industry as a whole is something I'm learning to embrace, just seeing my name up there with other artists I admire and look up to is so surreal in itself,” Ella told OfficialCharts.com, “being Number 1 with my very first album is where a dream has met reality- it's a moment in time I will never forget.”

Other than Ella Henderson’s Chapter One (Number 1) and Jessie J’s Sweet Talker (5), there are seven new entries in today’s Official Albums Chart Top 40.

U2 score their 16th Top 10 album with Songs Of Innocence (6), The album, which was originally released for free via iTunes in September, enters the chart today following its physical release earlier this week.

Spandau Ballet’s latest greatest hits collection The Story – The Very Best Of is at 8, followed by Jessie Ware with second studio album Tough Love at 9.

Duo You+Me – formed of Pink and City and Colour – land at 10 with debut Rose Ave, while former Britain’s Got Talent finalist Jonathan Antoine finishes at 13 with solo debut Tenore.

Three albums re-enter the Official Albums Chart Top 40 today. Pharrell Williams’ GIRL is up 48 places to 12, trailed by Ben Howard’s Every Kingdom up 21 places to 25, and Ed Sheeran’s +, up six places to 38.