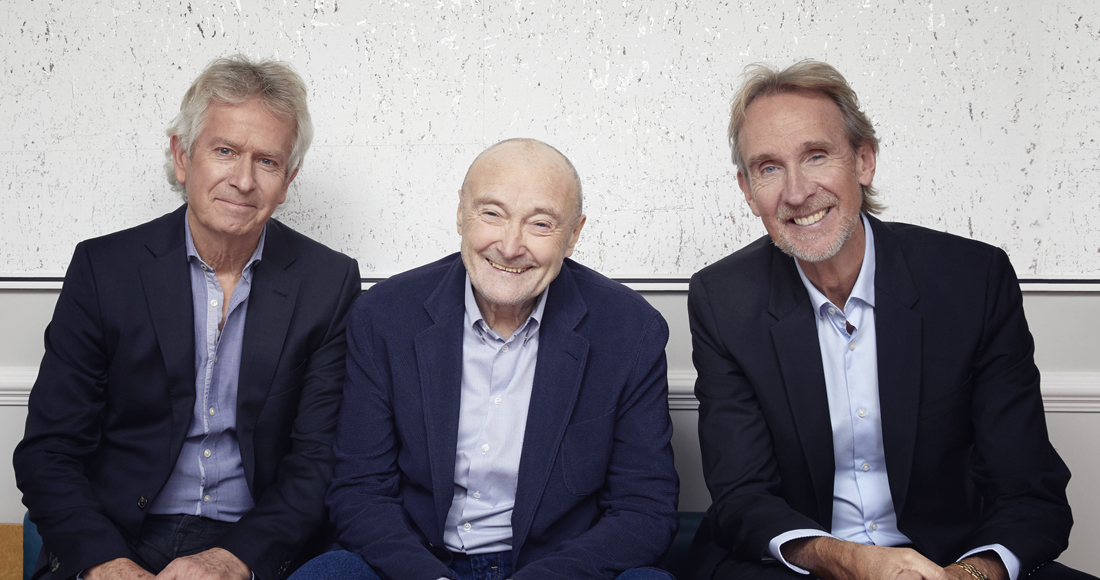 Genesis are an English rock band formed at Charterhouse School, Godalming, Surrey, in 1967. Genesis’ initial line-up consisted of vocalist Peter Gabriel (born in Chobham, February 13, 1950), keyboardist Tony Banks (born in East Hoathly with Halland, East Sussex, March 27, 1950), guitarist Mike Rutherford (born in Chertsey, Surrey on October 2, 1950), guitarist Anthony Phillips and drummer Chas Stewart. Genesis were formed from the remnants of two other groups, and initially called themselves (New) Anon before sending a tape off to Jonathan King at Decca, who renamed the band Genesis. Genesis temporarily became Revelation for their first album From Genesis to Revelation, but it sold 650 copies, and so they reverted back to Genesis when an American group of the same name split up. Genesis had a slight change of personnel in 1971 when Stewart and Phillips left and Steve Hackett (born in Pimlico on February 12 1950) became their guitarist, and Phil Collins (born in Chiswick, January 30, 1951) joined as their drummer. Genesis enjoyed a career mainly in the field of progressive rock, where Peter Gabriel would perform on stage with a lawnmower on his head, until he decided to leave in 1975 for a successful solo career, as did Hackett. Genesis then promoted Phil Collins into the role of lead singer, and the definitive trio line-up began to make more straightforward rock, which saw them become huge in the US. Genesis had six UK Official Album Chart Number 1s, including 1986’s Invisible Touch which sold over 1.2 million copies in the UK. Genesis’ members all enjoyed solo careers alongside the band activities, with Phil Collins becoming a huge star in his own right, and Mike Rutherford forming Mike and the Mechanics. Genesis sold over 150 million albums worldwide and were awarded the Outstanding Contribution to British Music at the Ivors in 1983. Image: Patrick Balls/Martin Griffin