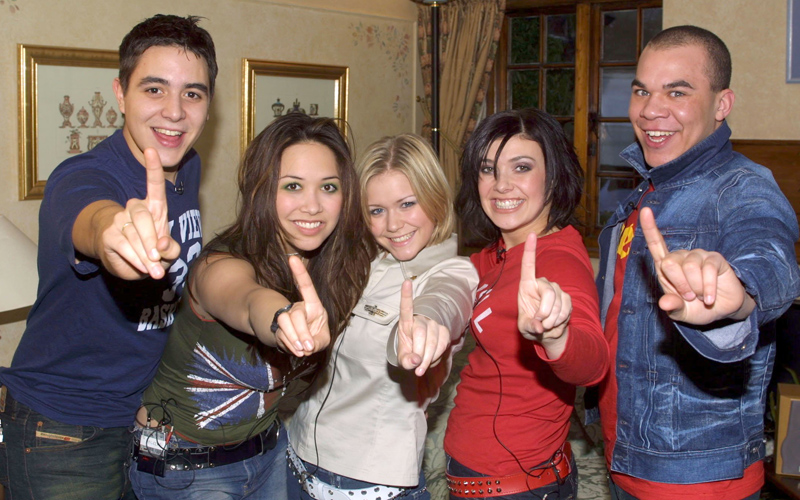 Hear'Say were a British pop group who were created through the reality TV show Popstars in February 2001, and consisted of Danny Foster (born May 3, 1979 in Hackney, London), Myleene Klass (born April 6, 1978 in Great Yarmouth, Norfolk), Kym Marsh (born June 13, 1976 in Whiston, Merseyside), Suzanne Shaw (born September 29, 1981 in Bury, Manchester) and Noel Sullivan (born July 28, 1980 in Cardiff). Hear’Say scored one of the biggest-selling debut singles of all time with Pure and Simple shifting a whopping 550,000 copies in the first week of release and becoming the first of two UK Official Singles Chart Number 1s for the group, as well as an Official UK Albums Chart Number 1 with Popstars. Hear’Say’s reign was brief as Kym left later in 2001 due to tensions with Shaw and Klass, and was replaced by Johnny Shentall, and the band split for good mid-2002.