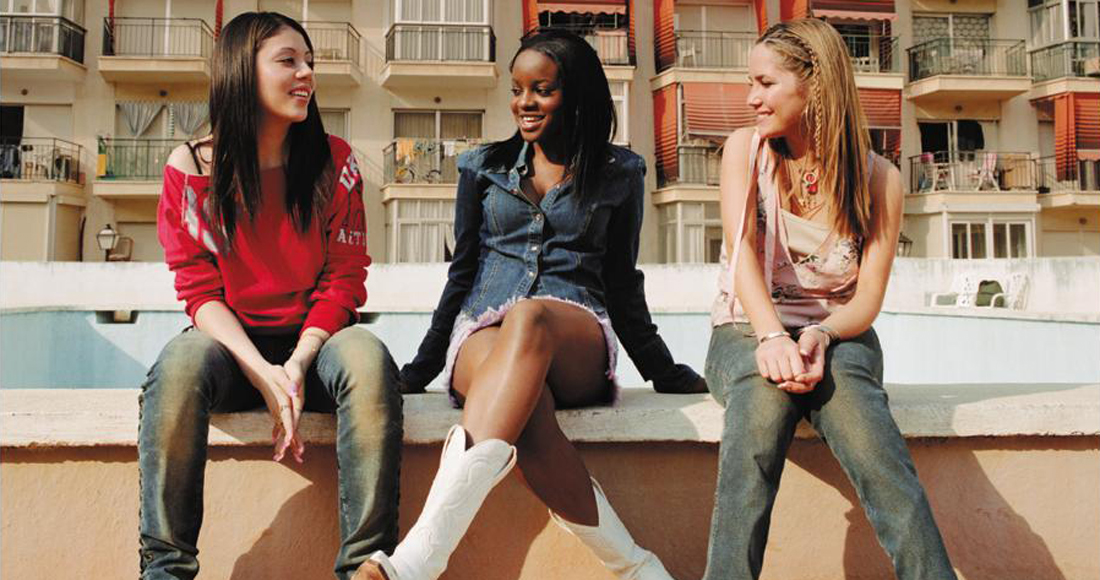 If you're going to pull off a comeback, you need to come up with the goods. What better way to show the world you are back with a bang than to score your second consecutive Number 1 of the year? Exactly. Step forward, Sugababes 2.0.

Following their triumphant comeback with electroclashing, retro mashup Freak Like Me, Mutya, Keisha and Heidi returned with another genre-defying track that was part '50s ballad, part '60s girlgroup anthem and, mainly, a pop riot. Written with and produced by Xenomania, who would go on to find great success with Girls Aloud, Round Round didn't make much sense lyrically but it cemented the ladies' return and, fittingly, went straight in at Number 1.

There may have been rumours of tension in the band, but Round Round presented the trio as carefree and out for a good time. It was a recipe for success: Round Round was the second of six Number 1s for the band, in various guises, and has sold over 277,000 copies, and since 2014 has notched up 7.7 million streams. Its parent album Angels With Dirty Faces is the band's bestselling album, with 929,000 chart sales. View Sugababes' full Official Chart history.

Here's the 💯 video which sees the girls valiantly performing in the middle of a hurricane with quite painful-looking hairstyles. That's 2002 for you:

Elsewhere in the Top 40 this week in 2002, it was a debut solo hit for So Solid Crew's Romeo at Number 3. So Solid had burst onto the scene with their debut smash 21 Seconds just a year earlier. One more solo hit would come for Romeo, a baffling team-up with Christina Milian about gravy. Kind of.

Daniel Bedingfield (4) was following up his debut smash Gotta Get Thru This from earlier in the year with James Dean (I Wanna Know). It would go no further, but his next single would really do the business – he'd be back at Number 1 with heartfelt, and a little bit miserable tbh, ballad If You're Not The One.

Another band dealing with a lineup change were Hear'Say (6), who had recently shed original member Kym Marsh in favour of Johnny Shentall, who happened to be the boyfriend of Steps' Lisa Scott-Lee. Pop really was a small world. Sadly, pop was also very fickle and thus few people cared by this point, and Lovin' Is Easy was to be their last hit together.

Speaking of Steps, two members who decided their ideal lineup was one where everyone else in the band evaporated into thin air, H & Claire, at 8. After waving bye bye to Lisa, Faye and Lee, H & Claire had scored a Top 3 hit with DJ. There'd be another Top 10 after this, before they called it a day. Ain't it too, too bad.

Listen to the UK Top 40 from this week in 2002 on our streaming channels! Subscribe to our weekly Flashback playlist on Spotify, Deezer and Apple Music. Listen on Spotify below:

Need more '00s in your life? Look through our best of the decade below, featuring Atomic Kitten, Liberty X and loads more: