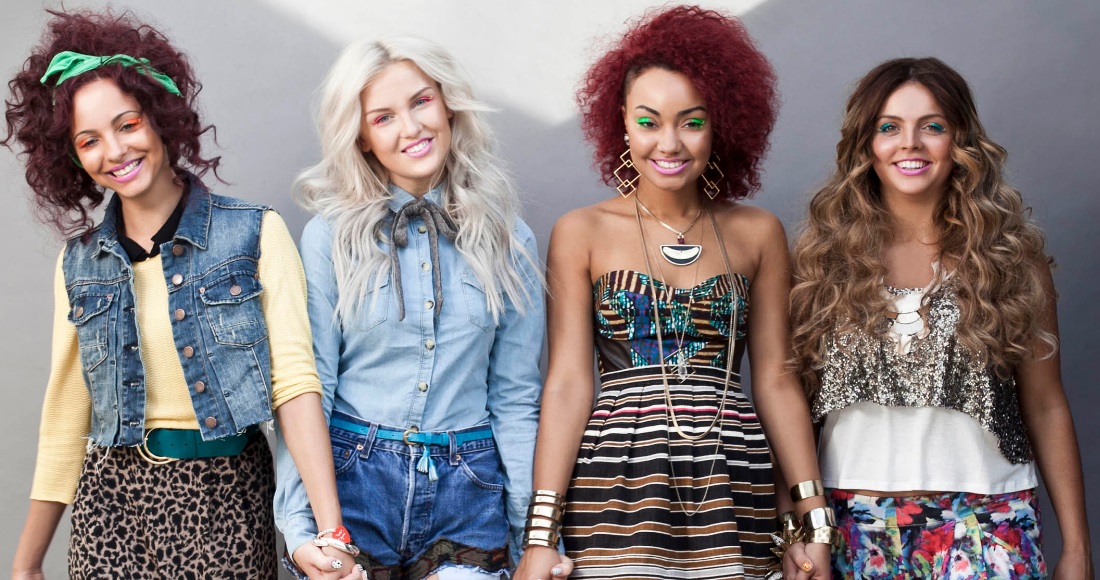 With just one week to go before the Official Christmas Number 1 Single is revealed on Christmas Day, the race is on to secure the festive top spot…

Little Mix were the first ever girl band even to reach an X Factor final.  Band members Jesy, Perrie, Leigh-Anne and Jade all entered the 2011 competition as solo artists but got together to form a group at the suggestion of the judges.  This echoes the career path of boyband One Direction, who started as solo contenders in X Factor 2010, before joining forces to make last year’s final. One Direction were previous title holders of the biggest first week sales for a single so far this year when their debut, ‘What Makes You Beautiful’, sold over 153,000 copies in its week of release in September.

‘Cannonball’ was originally recorded by Irish folk-singer Damien Rice and first released in 2003 when it peaked at 32.  A re-release the following year saw the record reach Number 19.  In October this year, the song was back in the Official Singles Chart at Number 9, after a contestant’s X Factor performance, and this week, Damien Rice’s original version re-enters the Official Singles Chart at Number 19.  En Vogue’s ‘Don’t Let Go (Love)’ also receives a boost this week courtesy of Little Mix’s performance of the track on X Factor final night, climbing to this week’s Number 27 from last week’s 89.

There is just one new entry in this week’s Official Singles Chart Top 10: Leona Lewis, herself an X Factor winner back in 2006, is straight in at Number 8 with her cover of ‘Hurt’, a song written by Nine Inch Nails and previously covered by Johnny Cash.