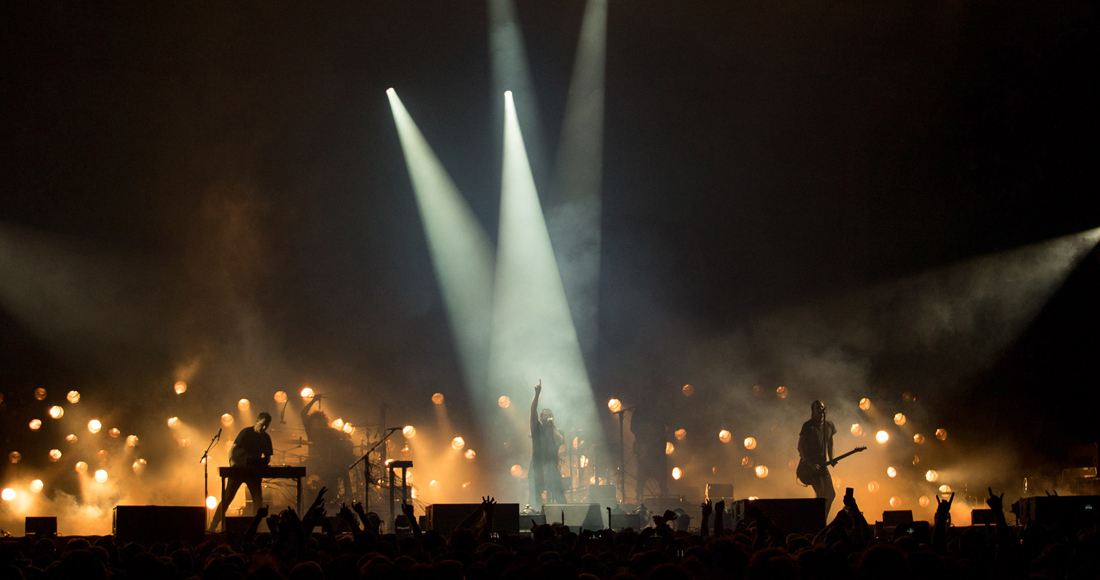 Nine Inch Nails, commonly abbreviated as NIN (or NIИ), are an American industrial rock band formed in 1988 in Cleveland, Ohio, by singer, songwriter, multi-instrumentalist, and producer Trent Reznor (born May 17, 1965 in New Catles, Pennsylvania). Nine Inch Nails began when Reznor was employed as an assistant engineer and janitor at Right Track Studios, and studio owner Bart Koster gave Reznor free access to the studio between bookings to record demos, which Reznor completed all himself bar drums, as he was unable to find musicians to create his concept. Nine Inch Nails released a string of highly influential albums such as Pretty Hate Machine, The Downward Spiral and With Teeth as well as the songs Head Like A hole, The Hand That Feeds, Closer and Hurt which was later covered by Johnny Cash, and have sold over 30 million albums over their career. Nine Inch Nails have also recruited English musician and producer Atticus Ross (born January 16, 1968 in Ladbroke Grove, London) as a permanent member since 2016.