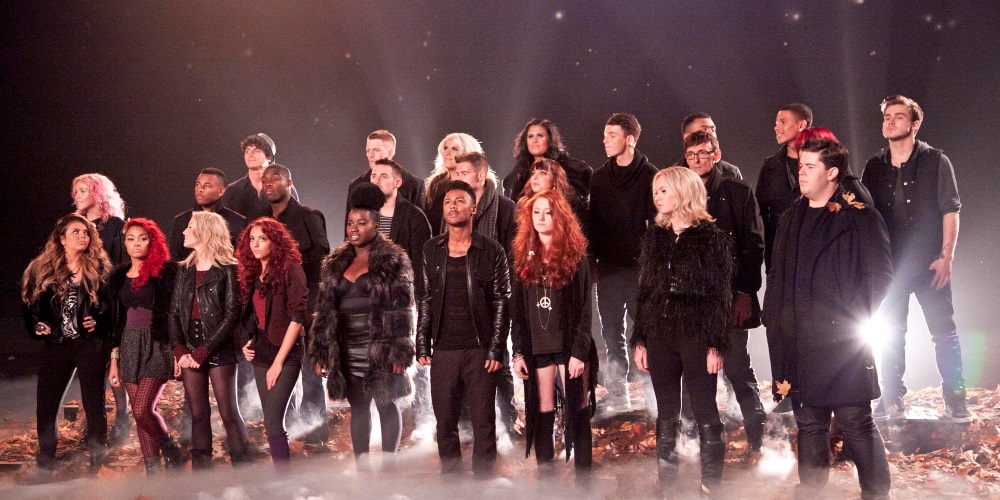 This year’s X Factor Finalists charity single Wishing On A Star is on course to become the fourth Number 1 of its kind.  The track which has been covered by the finalists of the 2011 talent show and also features previous contestants, JLS and One Direction, was originally released by Rose Royce in 1978, peaking at Number 3.

All proceeds from the single will go to children’s charity organisation Together For Short Lives. The release is so far this week outselling its nearest competitor Olly Murs’ Dance With Me Tonight (2) by more than two copies to one. Last week’s chart topper and Official Charts record breaker, Rihanna, is this week’s Official Singles Chart Update Number 3 with We Found Love ft. Calvin Harris, after spending six weeks in the top spot.

Highest climber in today’s Update is Jessie J’s Who You Are, as performed on Sunday’s X Factor results show.  The title track from her debut studio album previously peaked at 28, but today climbs 30 places entering the Official Chart Update Top 10 at Number 7. The soundtrack to John Lewis’s festive TV campaign Please Please Please Let Me Get What I Want by Slow Moving Millie, makes another climb six places inside the Top 30 to Number 28.

The only other new entry in today’s Update comes courtesy of British singer/songwriter Emeli Sande, whose new single Daddy enters at 18, while Jason Derulo's Fight For You is a re-entry at 21, The Pogues Ft Kirsty MacColl's Fairytale Of New York is back in at 33, Beyonce's Love On Top is at 34 and Mariah Carey's All I Want For Christmas Is You re-enters at 39.