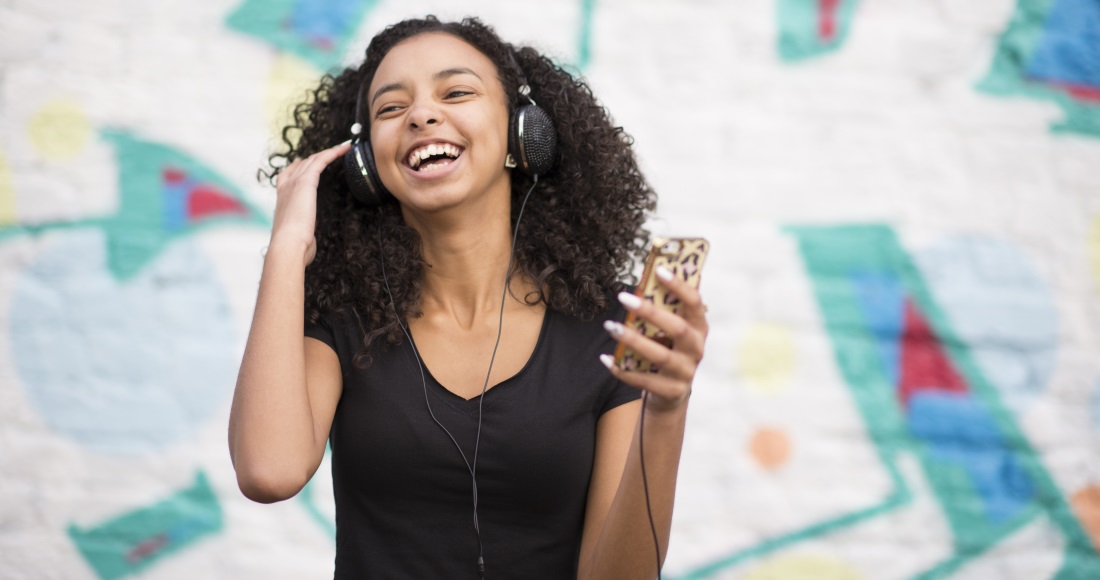 Audio streams from Spotify, Deezer, Napster and many more to count towards Official Chart rankings for the first time.

The Official Singles Chart is set to include audio streams for the first time from next month (July, 2014), the Official Charts Company can confirm today.

Daft Punk’s Get Lucky became the first track to be streamed 1 million times in a week last spring, but 2014 has already seen nine tracks generate more than 1 million streams in a single week, including two tracks passing the 1.5 million weekly barrier - Rather Be by Clean Bandit and Waves by Mr Probz.

The move to include streams in the Official Singles Chart was made possible by the agreement of on-demand audio streaming services including Spotify, Deezer, Napster, O2 Tracks, Xbox Music, Sony's Music Unlimited and rara (powered by Omnifone), all members of the Entertainment Retailers Association (ERA), co-owners of the Official Charts Company, to supply weekly streaming data. To reflect the difference in weight between streaming and purchasing, 100 streams will count as equivalent to 1 single (download or physical single) in the chart compilation process.

Official Charts Company chief executive Martin Talbot says, “Audio streaming has grown at an extraordinary rate over the past year – and the time is now right to take this important step. “The UK’s Official Singles Chart is culturally among the most important and influential in the world. We have been looking at this possibility for some time and now feel comfortable that our methodology is correct and that summer 2014 is the time that we should take this step.

“The Official Singles Chart is (and always has been) the most trusted and definitive measure of Britain’s music tastes. Just as it has evolved through the years to reflect the most popular music in the UK, from 12" to 7", vinyl to cassingles, CD singles to downloads, this is the latest stage of that progression – and will align the Official Singles Chart with the consumption habits of the future.”

Bastille have recorded a video message on behalf of the Official Charts Company about today’s announcement. Their track Pompeii has been confirmed as the UK’s most streamed track of all time.

Comments frontman Dan Smith comments: “Hearing Pompeii has had over 26 million streams is amazing and completely weird and we’re really really happy. I think streaming going into the chart is definitely a good thing. I think for the charts to be fair it has to reflect how people digest music.

"I know with our album we’ve been really lucky and its far exceeded what we expected in terms of how many it actually sold, but if you look at the live shows we do versus how many albums we’ve sold, it’s clear that at least double, if not more people, have heard or own the album than have actually paid for it," he adds. "I think bringing streaming in to that is pretty much as close as you can get to reality, so it’s definitely a good thing.”

This evolution of the Official Singles Chart has broad support from many interest groups across the industry, across independent and major labels, physical and digital retailers, managers, artists, as well as key media partners of the Official Chart - BBC Radio 1, MTV, Music Week and many more.

In a parallel move, the Official Breakers Chart will be launched to reflect the fastest growing new tracks. The rundown will showcase the 10 biggest new tracks of each week which have seen an increase in sales and streams.

In turn, the BPI (co-owners of the Official Charts with ERA) will also update the famous Platinum, Gold and Silver Certified Awards programme which it administers, to ensure that streams will now also count towards certifications of singles.

Geoff Taylor, Chief Executive of record labels association the BPI, said: "The Official Charts are respected around the world as the authoritative measure of UK musical popularity, so it's vital they continue to reflect the new ways that fans are consuming their favourite music. With streaming becoming ever-more popular, the time is now right to ensure this exciting new format is included in the way our charts are compiled.

"At the same time, we are updating the BPI’s Platinum, Gold and Silver Certified Awards programme so that from now on, streams will count towards awards certifications for singles.”

Kim Bayley, Director General of the Entertainment Retailers Association, said, “ERA’s members have invested tens of millions of pounds in creating the services which now allow millions of music fans to stream the music they love on demand. ERA’s members are delighted to share their data with the Official Charts Company to make possible this latest evolution of the Official Singles Chart. Britain’s retailers and digital services will continue to make music available in new and exciting ways.”

Official Charts Company chairman Korda Marshall (the founder and head of Infectious Records), added, “The Official Charts are so important to contemporary British culture and the vibrant music business that we currently enjoy. The charts have helped develop and break many important long term international artists for UK plc and the way the charts are compiled has changed many times over the last 50 years as the various technologies have developed. This is just one more important step on that road.

“The decision to move away from a pure singles sales chart to a combined chart including streaming is a very significant change and clearly reflects the importance of online music consumption today. It also signals how far we have come from the days of retail record shops and 7" vinyl and helps us fully understand the number of times people actually listen to a track rather than just buying it and this has to be a good thing for the future.”

The first Official Singles Chart Top 40 to incorporate streams will be unveiled from 4-7pm on Sunday, July 6 by BBC Radio 1, with the full Top 100 published on OfficialCharts.com at 7pm that evening.