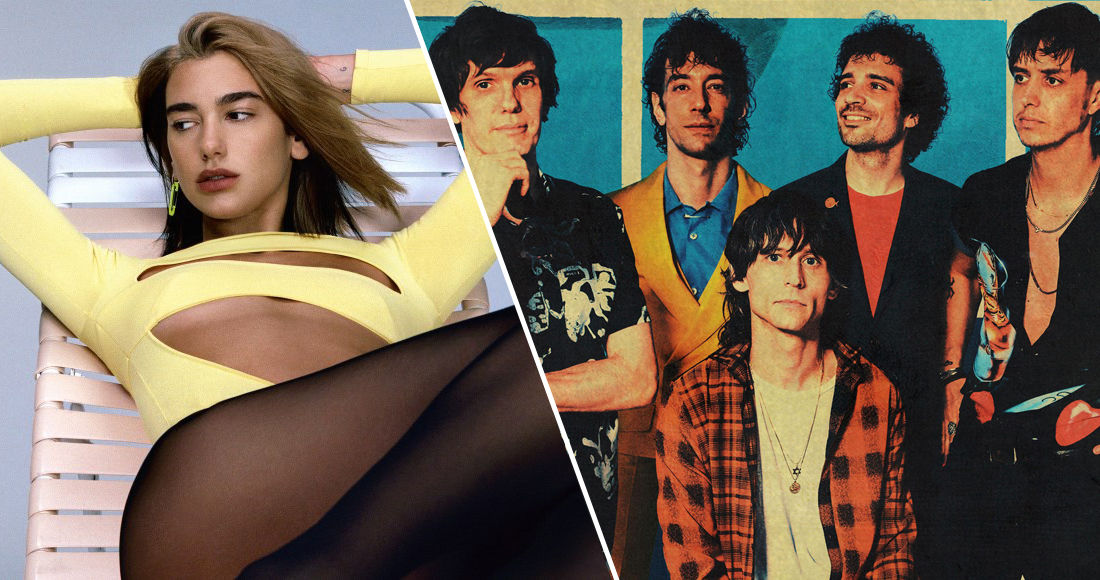 The Strokes are vying for Number 1 with their new album The New Abnormal on this week's Official Albums Chart.

The Julian Casablancas-fronted band are at Number 2 on the latest sales flash, having scored the most physical sales and downloads across the bank holiday weekend.

The New Abnormal is currently less than 250 chart sales behind Dua Lipa's Future Nostalgia, which is in pursuit of a second week at Number 1, so Friday's final Number 1 is still either act's for the taking. Dua has the most streamed album of the week so far.

The Strokes' last five studio albums have all landed inside the Official Albums Chart Top 10, with 2006's First Impressions of Earth topping the charts. Look back at all of The Strokes's UK singles and albums chart positions.

In at Number 4 midweek, Canadian rapper Tory Lanez is on track for highest charting UK chart entry with fifth studio album The New Toronto 3, while UK rapper Cadet is currently at Number 10 with his posthumous debut album The Rated Legend.

Folk singer Laura Marling's seventh studio album Song for Our Daughter (available on digital and streaming only) is on the cusp of being her sixth Top 20 album at 16, while the deluxe edition release of Selena Gomez's Rare - the biggest album released so far in 2020 by a female artist - sees the album leap back into the Top 40 midweek at Number 28.