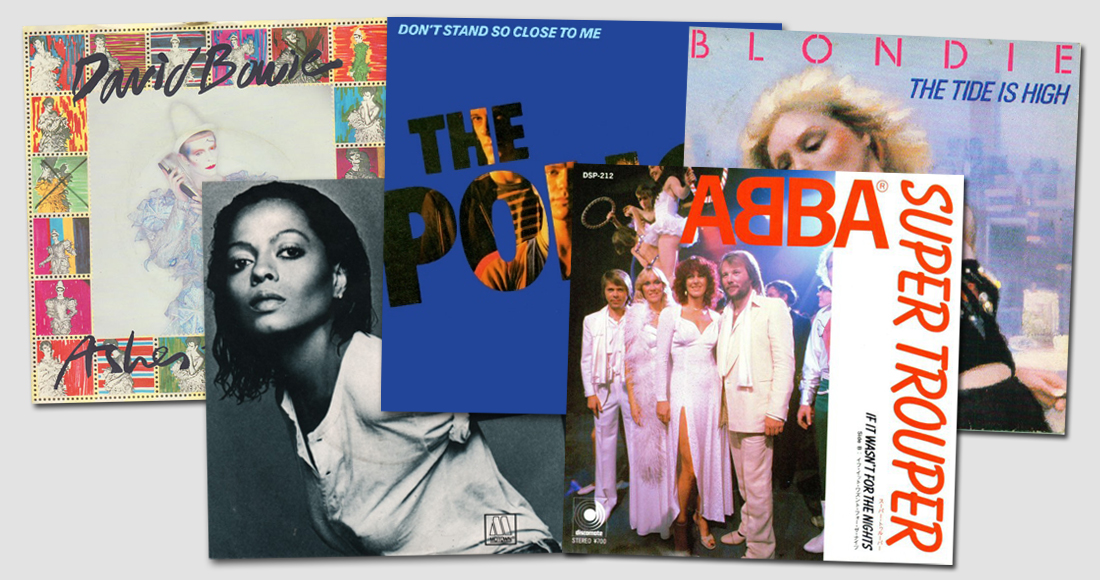 It was also a busy year at the top end of the Official Singles Chart, with 24 songs reaching the summit across 12 months. The longest-running Number 1 of the year, at four weeks, was Don't Stand So Close To Me by The Police, and ranks as the UK's best-selling song of 1980 with estimates sales of 808,000, according to the Official Charts Company.

In third is Scottish singer Kelly Marie with Feels Like I'm In Love (760k). The track, which spent two weeks at Number 1 in September that year, was originally intended for Elvis Presley, who recorded it in 1977 but died before it was released. Close behind in fourth is ABBA's Super Trouper (709k), the band's ninth and final UK chart-topping single, while French duo Ottawan round out the Top 5 with D.I.S.C.O (706k), a hit across Europe and a Number 2 smash in the UK.

Further down the Top 50, there are multiple entries for Blondie, who scored a trio of chart-toppers that year with The Tide Is High (6) and Atomic (21) and Call Me (48), while Madness also make three entries despite failing to bag a Number 1 that year, with Baggy Trousers (12), My Girl (45), and Embarrassment (50).

Other big Number 1s from 1980 in the Top 50 best-sellers include Geno by Dexy's Midnight Runners at 7, Kenny Rogers' Coward Of The County at 9, and David Bowie's Ashes To Ashes at 13.