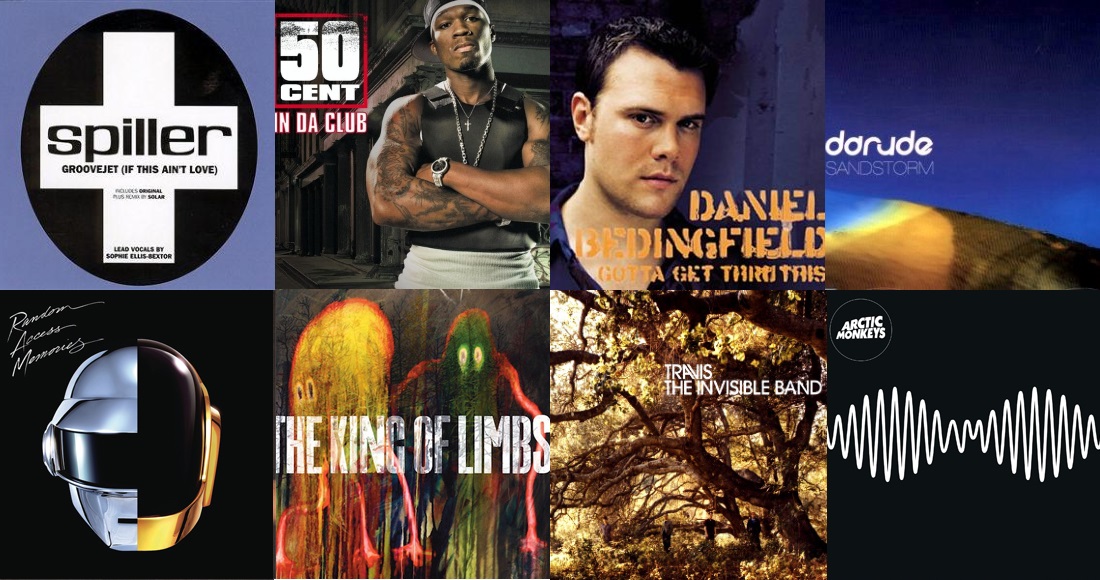 Since the announcement of the UK’s first Official Vinyl Charts earlier this week, we at OfficialCharts.com have been loading you up with all sorts of vinyl-related stats, including the best-selling of the year so far and the decade’s biggest vinyl singles and albums. Today, we reveal the Official Top 40 Biggest Selling Vinyl singles and albums of the Millennium so far.

Leading the way on the vinyl singles tally is Spiller’s Groovejet (If This Ain’t Love). The track, which kick-started the career of guest singer Sophie Ellis-Bextor, also topped the Official Singles Chart upon its release in August 2000.

The second-biggest vinyl single of the millennium so far is Delerium’s Silence. The Canadian electronic group’s track - which features singer Sarah McLachlan - first charted in October 2000, where it peaked at Number 3.

Number 3 on the chart is 50 Cent’s signature hit from 2003 In Da Club, and Public Domain’s rave anthem Operation Blade (Bass In The Place) is at 4. The track, which samples New Order’s Confusion, peaked at Number 5 on the Official Singles Chart in December 2000 and spent 20 weeks on the tally.

Rounding off the Top 5 is Sandstorm by Finnish DJ and producer Darude. The trance number peaked at Number 3 on the chart back in June 2000.

Check out the rest of the Official Top 40 Biggest Selling Vinyl Singles of the Millennium so far below:

Over on the Official Top 40 Biggest Vinyl Albums of the Millennium so far, Arctic Monkey’s AM takes the top spot. The third studio album from the indie rockers marked their fifth Official Albums Chart Number 1 and spent two weeks at the top upon its release in 2013.

The second-biggest selling vinyl album since 2000 is Travis’ The Invisible Band. The group’s third studio album was their second chart-topping LP and includes the hit singles Sing and Flowers in the Window.

Radiohead’s most recent studio album, 2011’s The King Of Limbs, finishes in third place, and Pink Floyd’s 1973 classic The Dark Side Of The Moon completes the Top 5.

Other notable entries on the chart are Daft Punk’s 2013 album Random Access Memories (Number 6), Royal Blood’s self-titled LP at 9, and Amy Winehouse’s Back To Black at 11.

Check out the rest of the Official Top 40 Biggest Selling Vinyl Albums of the Millennium so far below: